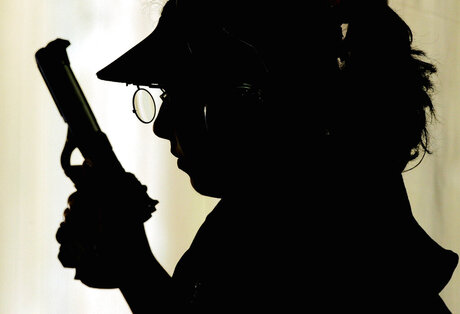 By: JOHN MARSHALL (AP)
Copyright 2020 The Associated Press. All rights reserved. This material may not be published, broadcast, rewritten or redistributed.

Shooting will have a different look at the Rio Olympics this summer.

The International Shooting Sport Federation altered the finals format for Olympic events, starting all finalists at zero — qualification scores had previously carried over — with eliminations that culminate in a final duel for the gold medal.

The ISSF made the changes in an effort to make the sport more appealing to younger generations and make it more fan friendly. The rules were put in place in 2013 and should make things extra interesting in Rio.

A few more things to look for from the shooting events at the Rio Games:

THE RUNDOWN: Shooting at the Rio Olympics will include 15 events, nine men's and six women's. Competition is Aug. 6-14 at the Olympic Shooting Centre in Deodoro Olympic Park, which will also be the site of rugby, equestrian, BMX and mountain bike racing, pentathlon and kayaking.

RHODE'S RIDE: Swimmer Michael Phelps is the most decorated American Olympian with 22 medals. Kim Rhode has a chance to do something not even Phelps has accomplished. Should the 36-year-old skeet shooter earn a medal in Rio, she will become the first U.S. Olympian to earn medals in six straight Olympics. A string of health issues put Rhode in danger of missing the Rio Games, but came through when she needed to, earning the team nomination at the U.S. Olympic Trials in Arkansas in May. Rhode is the first American woman in an individual sport to earn medals in five straight Olympics, winning her first three in double trap and her last two in skeet.

FAMILY AFFAIR: Shooting at the Olympics is nothing new to Georgian Nino Salukvadze; the Rio Games will be her eighth. This one will be extra special with her 18-year-old son there with her. Tsotne Machavariani shot a personal best in 10-meter air pistol at the European championships in February to earn a surprise Olympic spot, creating what is believed to be the first mother-son duo to compete in the same Olympics. Salukvadze won gold at the 1988 Seoul Olympics in 25-meter pistol and became a celebrity at the 2008 Beijing Games when she kissed a Russian shooter on the podium at a time when Georgia and Russia were at war.

OLYMPIAN EFFORT: Jay Shi was 9 when he was working on a class project with scissors and stabbed himself in the eye. Doctors were able to restore his vision after the family moved from Beijing to the United States, but far from perfectly. Unable to see three dimensionally or judge distances well, Shi was forced to shoot cross-eyed — gun in his right hand, left eye aiming down the site — after taking up the sport about a decade ago. He failed to qualify for the Olympics in his home country in 2008 and the 2012 London Games as he tried to find a method that worked. Shi finally broke through this season, dominating the Olympic Trials in free pistol.

CHASING CHINA: China will be the favorite in Rio after dominating the past two Games. The Chinese won five golds and seven overall medals at Beijing in 2008 and had the most medals at London with two golds and five overall. Guo Wenjun will be looking for a three-peat after becoming the first woman to repeat in women's 10-meter air pistol four years ago and Yi Siling will defend the 10-meter women's air rifle title.

EYE ON EMMONS: Matt Emmons has seen his share of ups and downs during his career. He won gold in 50-meter prone rifle at the 2004 Athens Games using a borrowed rifle after his was apparently sabotaged in the locker room. He missed on a chance for double gold when he shot at the wrong target in three-position rifle. Emmons had another three-position mishap at the 2008 Beijing Games when, while comfortably leading, he accidentally hit the trigger and barely hit the ring on his final shot, dropping him to fourth. Emmons took silver in prone in Beijing and was the three-position bronze medalist at London in 2012.

DIAMOND OUT: Australian Michael Diamond, one of the most decorated shooters in Olympic history, will not compete in Rio after being arrested in May on DUI and firearms charges. The two-time gold medalist in trap pleaded not guilty and his attorney asked the court to expedite his case so it could finish before the July 4 Olympic selection cutoff. Diamond met with the Australian Olympic Committee's executive board in late June to plead his case, but Shooting Australia opted to not nominate him for Rio, a decision the AOC supported. Diamond has competed in six Olympics, winning gold in 1996 and 2000.