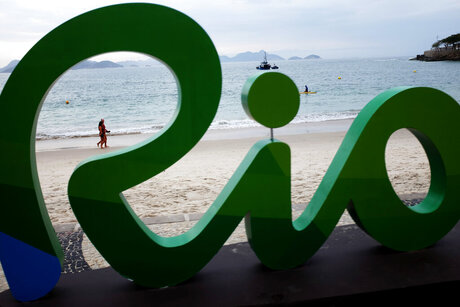 By: DAVE SKRETTA (AP)
RIO DE JANEIROCopyright 2020 The Associated Press. All rights reserved. This material may not be published, broadcast, rewritten or redistributed.
-22.9028-43.2075

RIO DE JANEIRO (AP) — Evelyn Stevens has built the kind of resume in cycling that should make her one of the favorites to land on the podium in Sunday's Olympic road race.

She nearly didn't get the chance to compete at all.

In perhaps the strongest sign of American might, the four women selected for the road race were not set until just before leaving for Rio — and after several arbitration hearings sought by riders who believed they had earned the chance to race along Copacabana Beach.

"That was the first time I ever had that experience," said Stevens, who also competed at the London Olympics four years ago. "I wouldn't call it a pleasant process to go through for anyone."

Especially riders such as Carmen Small and Amber Neben who lost their cases.

USA Cycling does not use Olympic trials for its team. It relies instead on a complex set of criteria giving riders the opportunity to earn automatic nomination through results on the world stage, such as reaching the podium at the world championships like Megan Guarnier did last fall.

If that doesn't fill out the team, the decision goes to a committee that examines riders' resumes against the selection criteria. And that opens the entire process to accusations of bias.

The committee this year chose Stevens, Mara Abbott and Kristin Armstrong to ride along Guarnier, and all three are deserving. Stevens is the current hour record holder, Abbott is among the best climbers in the world and perfect for the hilly Rio course, and Armstrong is a two-time gold medalist in the time trial — she must also ride in the road race to compete in that event.

So where did the problem occur?

Well, Small trumped both Stevens and Armstrong in the time trial at the national championships earlier this year. Neben has competed for years on the world stage and won several medals.

It became such a conundrum that USA Cycling may implement trials for the 2020 Tokyo Games.

"You have to be careful because our No. 1 objective is to select the best team for a given Olympics," USA Cycling chief executive Derek Bouchard-Hall told The Associated Press. "And trials isn't necessarily the way to do it because you introduce an element of luck. What if someone crashes? What if someone is sick? It's different in running where people don't get flat tires.

"You introduce an element of chance where you could not have your best athletes going."

Bouchard-Hall believes one solution might be to combine the two selection systems. Riders could still earn an automatic spot through results over a period of time, and there could still be a role for the committee to select riders. But one spot would also go to the winner of trials.

That is the system that is used to select the three-man BMX squad for the Olympics.

"The system we have opens you up to accusations of bias and unfairness and that's totally understandable," Bouchard-Hall said. "Having lived that personally as an athlete, I understand that."

There are other benefits of Olympic trials, such as broadcast and marketing opportunities, which would help with Bouchard-Hall's goal of expanding cycling to a broader audience.

In the meantime, the four riders lining up for Sunday's road race form a formidable squad, with Guarnier one of the biggest favorites after her recent victory in the Giro Rosa.

They will be tackling a slightly shorter version of the men's course that caused all kinds of problems Saturday. Numerous riders lost chains or had other mechanical problems on the cobblestones, including Tour de France winner Chris Froome, who needed a bike change midway through.

The race begins and ends in the shadows of Fort Copacabana along the beach.

"It's a hard circuit, like nothing I've done before," said New Zealand's Linda Villumsen, "so it's hard to know what sort of rider it will suit."