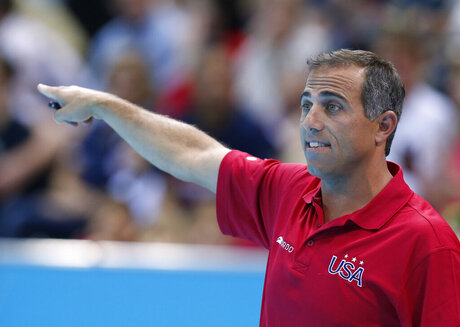 By: JAY COHEN (AP)
RIO DE JANEIROCopyright 2020 The Associated Press. All rights reserved. This material may not be published, broadcast, rewritten or redistributed.
-22.9028-43.2075

RIO DE JANEIRO (AP) — U.S. women's water polo coach Adam Krikorian met with his team before practice on Thursday morning. One of his two older brothers had died, and he was leaving to spend time with his family.

A mourning Krikorian focused his message on his players, urging them to make the most of their Olympic experience. His players were blown away by his selflessness.

"That was a moment that I really realized he's one of the strongest people I know," U.S. captain Maggie Steffens said Saturday. "He just got us together, let us know what was going on. To know that that was happening to somebody that we love obviously affected us in a way, but one thing that he told us was to go out there and enjoy the moment, and I think that's something that's really telling of his character."

Krikorian, a former coach and player at UCLA, led the U.S. to its first Olympic gold medal in women's water polo at the London Games. The team is favored to win again in Rio de Janeiro.

Since Krikorian took over in 2009, the U.S. has walked away with gold in 11 of its 15 major FINA championships under his leadership.

"We talk about him all the time, about how he is an exceptional leader, that we love him, that we stand behind him, and it's not just for show. It is the truth," said Courtney Mathewson, who also played for Krikorian at UCLA.

Krikorian plans to rejoin the team on Monday, according to USA Water Polo. The U.S. plays Spain in its Olympic opener Tuesday exactly four years after they faced off in the London final.

"He is family. He's blood," Steffens said. "We're excited to have him back and welcome him back into the family here in Rio. But we're here for him. We support him completely, and we're pretty lucky we have such a strong, strong coach in Adam. He is really one of a kind."

Blake Krikorian died Wednesday at 48, the San Mateo County Coroner's office said. Deputy Coroner Danielle Beckman declined to provide further details. But Coroner Robert Foucrault told the San Francisco Chronicle that Krikorian had gone paddle boarding in the San Francisco Bay Area and was found lying next to his car in the parking lot. Foucrault said it appears he died of natural causes.

Krikorian was the co-founder of pioneering video streaming device Slingbox and a beloved businessman in Silicon Valley. His colleagues took to social media to mourn his death.

Krikorian and brother Jason came up with the concept for Slingbox when unable to find a way to watch San Francisco Giants games while away on business, according to the newspaper.

Blake Krikorian also played water polo for UCLA. He had 19 goals, 11 assists and 12 steals during his senior season in 1989.