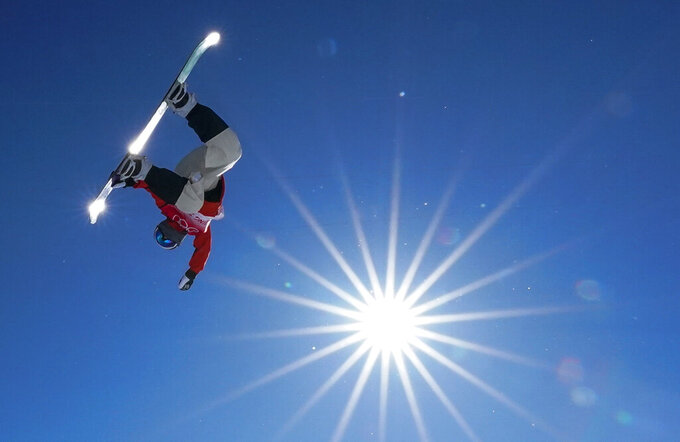 Athletes made history in figure skating and freestyle skiing big air, among other events, on Day 4 of the Beijing Olympics.

Keegan Messing of Canada was seen celebrating after competing in the men’s short program figure skating competition. He finished ninth in the event, a day after getting to Beijing. His travels had been delayed because of a positive COVID-19 test in Canada.

Bing Dwen Dwen, one of the mascots of the Beijing Olympics, raised journalists' spirits in the main press center, visiting the Xinhua and AP offices.