AP WAS THERE: 1956 Melbourne Olympics "Blood in the Water" 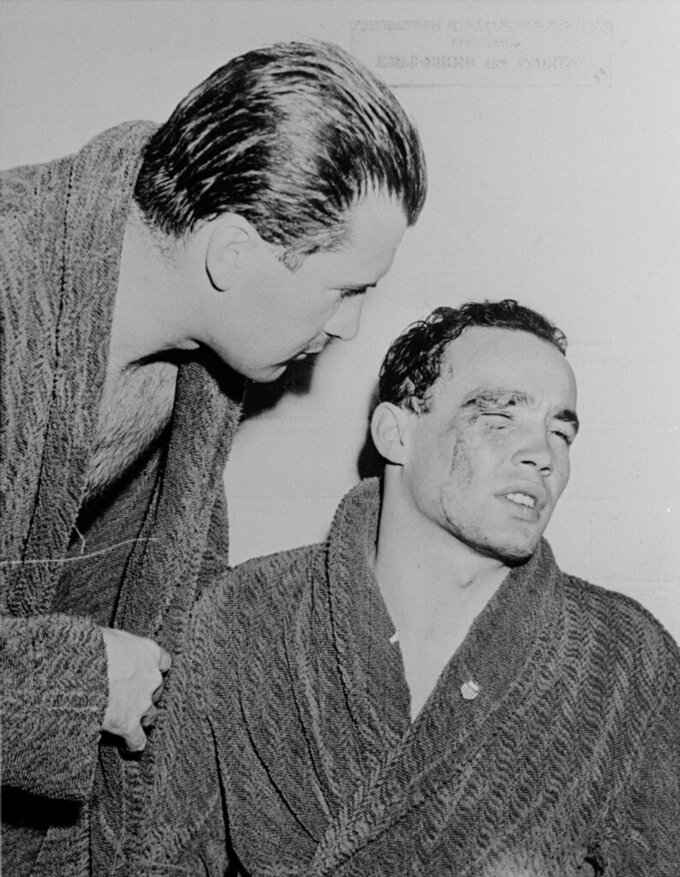 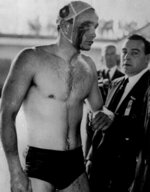 MELBOURNE, Australia (AP) — EDITORS — With the Tokyo Olympics postponed for a year because of the coronavirus pandemic, The Associated Press is looking back at the history of Summer Games. This story was published in The Charleston News and Courier on Dec. 6, 1956, during the Olympics in Melbourne, Australia. It was written by Murray Rose, an Associated Press sports writer and editor for 46 years who died in 1999 at the age of 84. Rose, who retired in 1979, was an integral part of the AP’s Olympic staff and covered international sports on every continent except Antarctica. This story appears as it was published in the newspaper that day. Please note that the Russia player mentioned in the 6th paragraph was listed as V. Tropokov. The player was V. Prokopov.

MELBOURNE, Dec. 6 (AP) — Some 40 Hungarian Olympians headed into one of the longest nights of their lives tonight, still pondering the grave problem whether to seek asylum in the United States and Australia or go back to their devastated homeland and possible oblivion.

The problem for most was complicated by conflicting reports from Hungary and Austria on the whereabouts and conditions of their families.

The athletes were grimfaced and more tightlipped than ever as the hour of decision neared for their drastic step. Although, there were varying reports on the time of departure of the first plane — a giant French Armagnac — with reservations for 91, the last word was that it would take off from Essendon Airport at 9 p.m. Friday (6 a.m. EST). The second plane carrying 60 was reported to set leave Saturday.

Many of the Hungarians believed ready to seek asylum still were hesitant and a final decision may not be made until the team lines up with luggage to board buses in the Olympic Village for the airport. Sources here, however, say more than a dozen may depart from the village quietly in the morning and head for homes of Hungarian-Australians who are prepared to take care of them until the way is eased for them to stay here or go to the United States.

Meanwhile, bitter feelings between the Hungarians and Russians finally resulted in the first violent outbreak in sports competition. Until now the athletes had kept their smouldering hate tightly capped but it finally erupted in the water polo match today between the great Hungarian team and Russia.

There were two incidents and the game finally was shortened after the second when Hungary's E. Zador was taken from the pool with a slashed eye resulting from a head butting by Russia's V. Tropokov. The near capacity crowd, including many Hungarian rooters, booed the Russian and the Hungarian coach angrily protested the Soviet's hard play.

Swedish Referee S. Zuckerman made the decision to halt the game after consulting with Olympic officials at poolside. Hungary won 4-0.

The Russian team was escorted to the dressing room by police as the crowd continued to boo in protest of the Russian tactics.

Actually there was not much surprise that the first violence should have broken out in water polo since it is known most members of the Hungarian team are in a group which hopes to remain here or go to the United States. Also water polo is one of the most rugged sports, resulting often in rough tactics and many penalties.