In basketball, complaining about calls its own Olympic sport 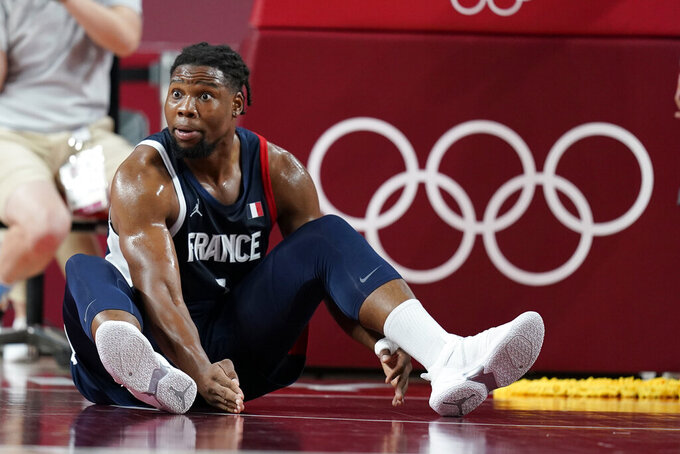 When he's mad at a referee, he uses a language that doesn't require any words at all.

And at the Olympics, it seems like every basketball player knows how to speak it.

Players throw their arms in the air, or put their hands on their head. Almost always, they have an incredulous look on their face.

Even in their first Olympics, the Slovenians are just as fluent in the language as 41-year-old Luis Scola of Argentina, who just finished his record-tying fifth Olympics.

Some players could play that long and looked stunned they were called for a foul in any of them.

Complaining about calls isn't just an Olympic sport. It starts on the playgrounds and carries all the way to the NBA, which has the best officials in the world.

But no referee is good enough for some players, who think they've never touched anyone in between the pregame and postgame handshakes.

Sometimes the officials will hear them out, perhaps respond with something like a “Thank you for telling me,” or, “You're going to lose by 1?" The second half just started, chill out."

If a ref doesn't want to listen, he might just turn his back. But if he's heard a bad word — or maybe he's just in a bad mood — he will respond by calling a technical foul. He does that by crossing one hand over the other in the shape of a T.

No words necessary for that, either.