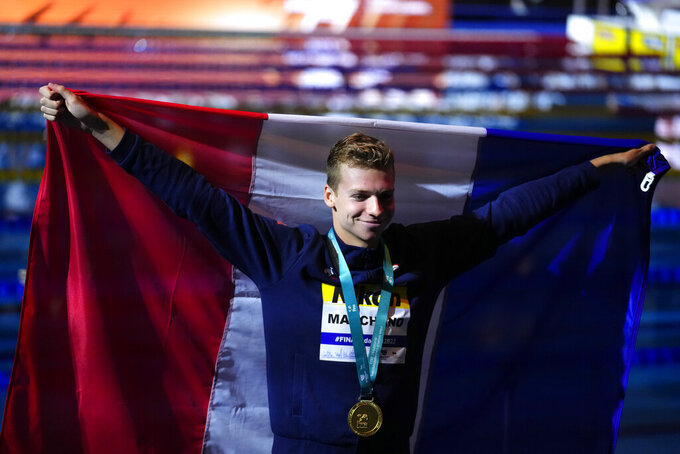 On Saturday, the 20-year-old French swimmer thrilled spectators in the Hungarian capital with a European record as he almost took Michael Phelps’ world record in the men’s 400 medley.

It also meant he became the second French swimmer to win a medal in an individual medley at a worlds after his father Xavier, who won silver in the men’s 200 medley in Perth in 1998.

“It’s very special because my dad supported me every day. He gave me so much advice about swimming, about just everything. I‘m just very happy to bring him this medal and, yes, we keep going, this swimming family,” said Marchand, who referred to valuable lessons learned from his father.

“He told me very early that swimming is very hard. To be at this level today, you need to train a lot. You need to be quite serious and just dedicated to swimming.”

The mentality suits Marchand and his family.

“Because they have to wake up with me every day to bring me to training,” he said with a laugh.

Marchand also races for Arizona State University, where he is coached by Bob Bowman, who also coached Phelps. He shone in his first ASU season at college championships in Atlanta in March, when he set an NCAA record in the 200 medley and won the 200 breaststroke.

“I’m very happy to train with this coach because he has the experience,” Marchand said of Bowman. “I made a good choice.”

Next up for Marchand at the worlds is the 200 butterfly and his dad’s event – the 200 individual medley.