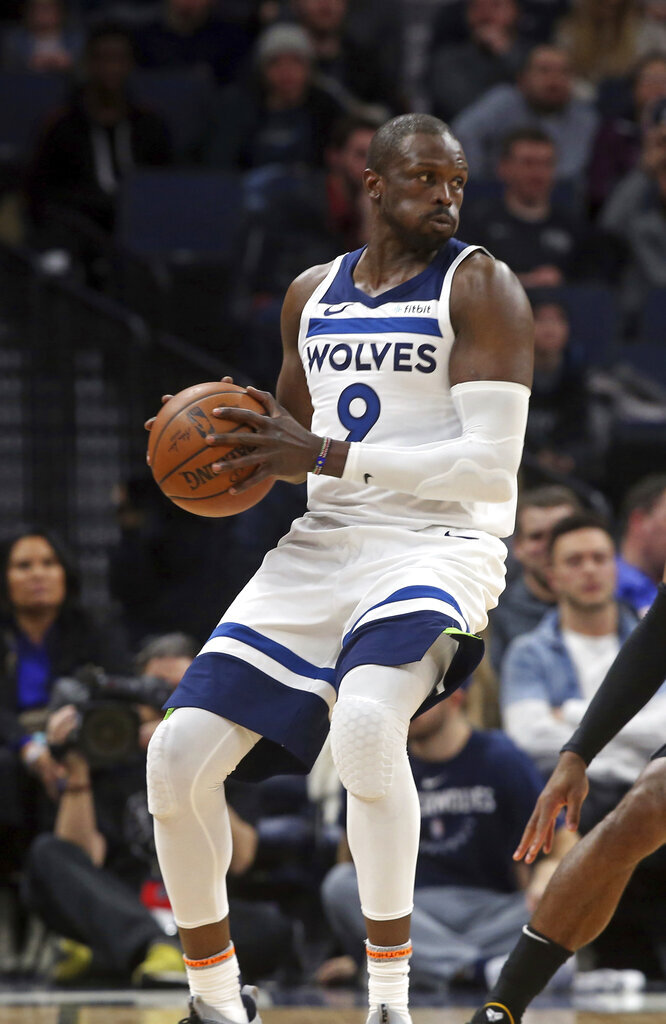 FILE - In this file photo dated Monday, Feb. 25, 2019, Minnesota Timberwolves' Luol Deng in action suring an NBA basketball game, in Minneapolis, USA. The two-time NBA All Star, who became president of the South Sudan basketball federation after retiring as a player last year, Luol Deng wants to build up basketball in his native South Sudan that may mean him coaching the national team himself, as they prepare to play against Mali upcoming Saturday Nov. 28 2020. (AP Photo/Jim Mone, FILE)

KIGALI, Rwanda (AP) — Luol Deng wants to build up basketball in his native South Sudan and sometimes that means coaching the national team himself.

The two-time NBA All-Star, who became president of the South Sudan basketball federation after retiring as a player last year, stepped in when the team was a late addition to the Afrobasket qualifying tournament.

His team plays against Mali on Saturday, and faces host Rwanda the following evening.

Deng, born in what is now South Sudan, said after Thursday's 76-56 loss to Nigeria that coaching is a temporary gig.

“I’m fine with being coach for now, but in the future I don’t think I’ll be the coach,” Deng said after the game against Nigeria. “This is just something that I wanted to do for our country and our players.”

South Sudan was added after Algeria pulled out at the last minute, and Deng said it wasn't practical to look for a coach.

“We had five days to prepare,” he said. “It’s no time to go look for a coach or get guys to be connected to a new style of playing. I was familiar with the guys. So I took the opportunity because I know what it means for our country to be represented, but also what it means for our players.”

Deng, who played 15 seasons in the NBA, had a familiar face on the opposing bench. Mike Brown coaches the Nigerian team, and used to coach Deng when they were with the Cleveland Cavaliers in 2014.

“I didn’t know he was going to coach the team," Brown said “I used to coach Luol, now I’m coaching against him.”

Brown credited Deng's squad, which is inexperienced, for their grit.

“They’re scrappy," he said. "They just kept fighting. Luol Deng is a guy who never gave up in his entire life. He got his guys to rally. They went on a run in the second half.”

South Sudan is the world’s youngest country. It won its independence from Sudan in 2011 after years of fighting.

He averaged 14.8 points and 6.1 rebounds over 15 seasons with Chicago, Cleveland, Miami, the Los Angeles Lakers and Minnesota.