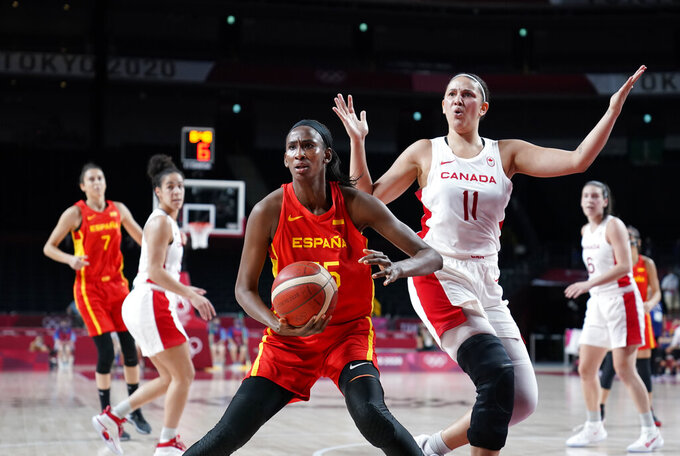 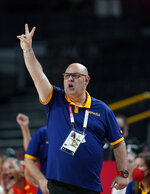 SAITAMA, Japan (AP) — Astou Ndour scored 20 points and Cristina Ouvina added 15 to lead Spain to a 76-66 win over Canada on Sunday and a spot in the quarterfinals.

Spain (3-0) led by six at the half and scored the first nine points during a 16-2 run to begin the third quarter that blew the game open. Canada used a 9-2 spurt to start the fourth to get within 62-56, but could get no closer as Alba Torrens hit two 3-pointers to stop the run.

The Spaniards, who won the silver medal in the 2016 Rio Games, have now guaranteed they will avoid facing the United States until at least the semifinals.

“It was our first goal to be in the first position of this group,” Torrens said. “We're happy with the feeling we got with these games.”

Now Canada (1-2) will have to wait to see if it advances to the next round. The Canadians, who had a chance to win the group if they had won the game by more than 10 points, had expectations of making the medal round coming into the Tokyo Games.

“We believe in ourselves and need to put it together,” said Canadian guard Bridget Carleton. “Definitely will be scoreboard watching. Hoping and praying we can sneak in.”

A draw will be held Monday night to determine the matchups.

Spain jumped out to a 23-13 lead after one quarter, but Canada cut its deficit to six at the half.

Kia Nurse scored 14 points and Laeticia Amihere, who is entering her junior year at South Carolina, had 10 points and six rebounds for Canada.