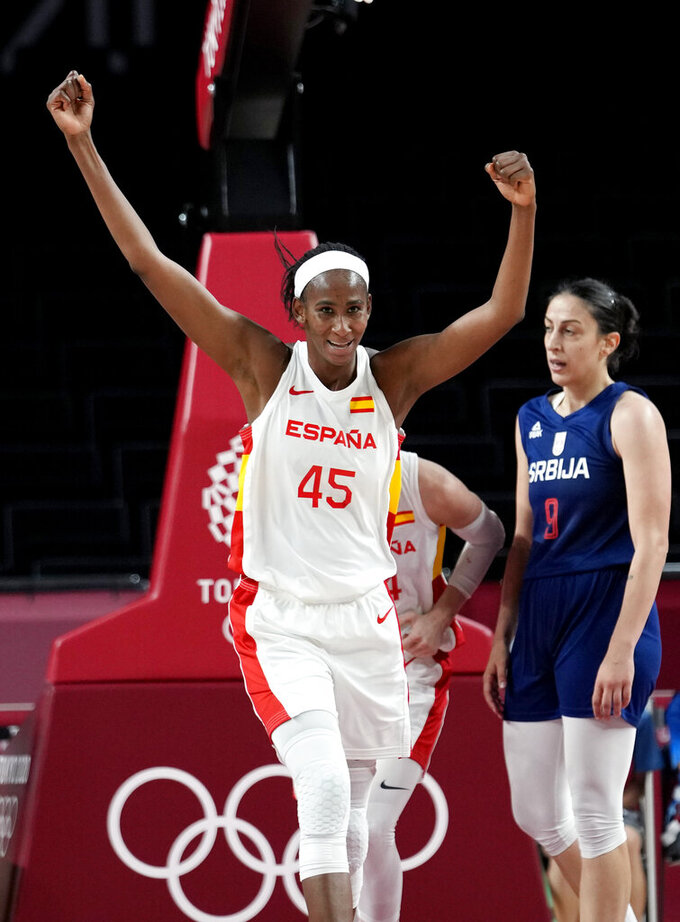 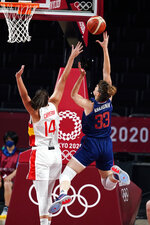 It was a matchup of women's basketball silver and bronze medalists at the Rio Olympics. Spain finished second and Serbia third five years ago. The Serbians, who made their Olympic debut in Brazil, lost to the Spaniards in both group play and in the medal round.

Serbia (1-1) led 44-41 at the half and extended the lead to nine before Spain rallied. The Spaniards went on a 16-6 run to end the third quarter and go up 59-58 heading into the final period. Maite Cazorla had four 3-pointers in the period.

The run continued at the start the fourth as Spain scored 10 of the first 12 points to take a 69-60 lead with 5:50 left on a Torrens' layup. Serbia cut its deficit to five, but five straight points by Astou Ndour put the game away. She finished with 20 points.

Jelena Brooks scored 16 points for Serbia, which had nine of its 12 turnovers in the second half. The team had 28 in the opening win over Canada.