WHAT TO WATCH: Figure skating drama moves to the ice 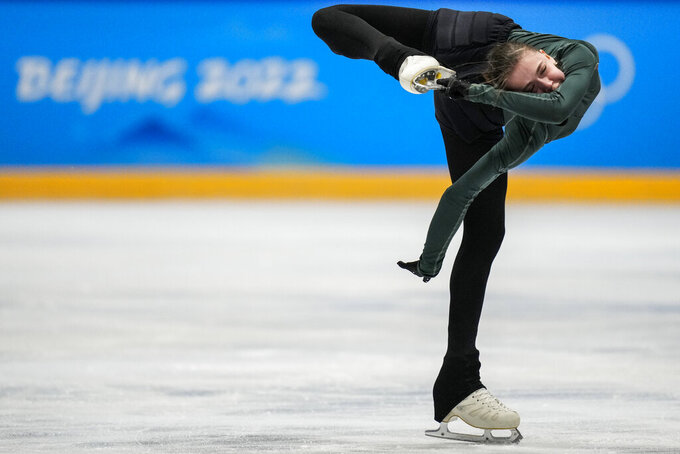 BEIJING (AP) — After days of off-ice drama, it's finally time for the women's figure skating competition to start.

The saga of Russian star Kamila Valieva moves on to the short program — which she can participate in after a ruling by the Court of Arbitration for Sport. A test that Valieva took in December was flagged for a banned heart medication, but CAS ruled that the 15-year-old Valieva, a “protected athlete” because of her age, can compete.

Even if she wins a medal in this event, it could be taken away later, and the International Olympic Committee has even said if Valieva finishes in the top three, there will be no medal ceremony during the Beijing Games. There will also be no ceremony for the team event won by Valieva and the Russian team earlier.

So now figure skating — always a big Winter Games draw — has even more intrigue. NBC plans to show the women's short program in prime time Tuesday night. Anyone wanting to watch it live will need to get up early. It starts at 5 a.m. EST, with USA Network planning live coverage.

The short program could go a long way toward indicating whether any of the American women have a good shot at a medal. Two-time U.S. champion Alysa Liu will perform just before Valieva.

With Valieva still in, however, the Russians have a real chance to sweep the medals in this event. Valieva, Alexandra Trusova and Anna Shcherbakova swept all five Grand Prix assignments they attended this season, and they swept the podium at the European championships.

American Alex Hall, who finished eighth in the big air competition, is expected to contend in slopestyle along with fellow U.S. hopeful Colby Stevenson. American Nick Goepper, who medaled in this event at the past two Olympics, is in it again as well.

The final is set for live coverage in prime time on USA Network.

The quarterfinals of the men's hockey tournament start Tuesday night, with the unbeaten U.S. team playing its game at 11:10 p.m. The Russians play in the game after that. Those will likely be on USA Network.

Nordic combined star Jarl Magnus Riiber of Norway has tested negative for COVID-19, meaning the three-time world champion could still compete at these Olympics. NBC plans to show the large hill Nordic combined in the afternoon Tuesday. ... Germany could become the first nation to sweep the medals in a bobsled event. Francesco Friedrich led after two runs in the two-man event, one of three Germans in the top four. NBC will have coverage of the final two runs in prime time. ... The final run of the men's slalom will air live as part of NBC's late-night coverage. ... NBC also plans to show the men's biathlon relay in the afternoon. France's Quentin Fillon Maillet and Norway's Johannes Thingnes Boe already have two gold medals each at the Beijing Games.