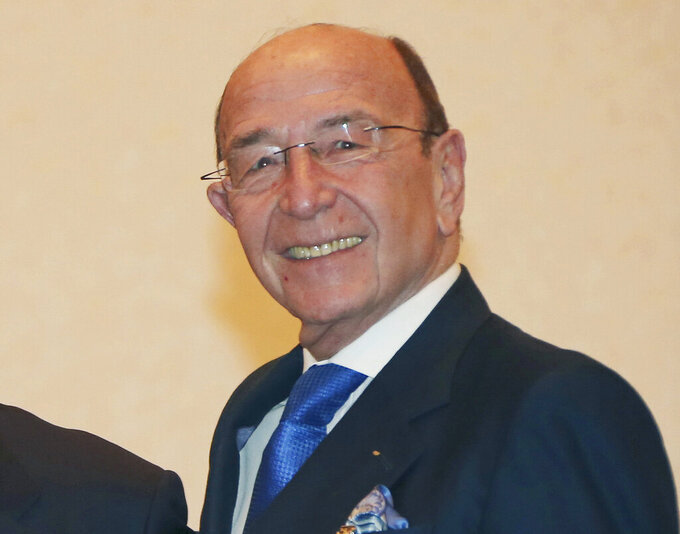 Gilady was a former sport executive at U.S. network NBC and was the first Israeli journalist to report from Egypt in 1977 ahead of the signing of a landmark peace treaty with its Arab neighbor. He received the Israeli Broadcasting Association’s “Man of the Year” award that year.

He died at a hospital in London from cancer late on Thursday, according to Israeli business paper The Marker.

In 1993 he founded Keshet Media Group, which grew into one of the country's major media production companies. Gilady was also elected as an IOC member in 1994. He served on the commissions organizing each of the games from Athens in 2004 until Paris 2024, according to the Olympic Committee.

“We are losing a pioneer of the modern Olympic Movement” IOC President Thomas Bach said of Gilady’s passing.

“He has always stood up for the Olympic values, often when sometimes the situation was not easy for him," he added.

In 2017, Gilady was accused of sexual harassment and rape in prior decades. He denied the accusations, but resigned his role as president of Keshet. Gilady filed libel suits against his accusers that were later settled, and the IOC’s ethics commission closed an investigation.

Keshet Media Group, the company he founded, issued a statement mourning the death of its former CEO, “a visionary and one of the designers of Israeli television.”