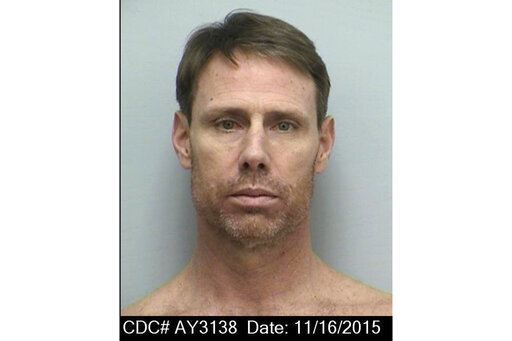 FILE - In this Nov. 16, 2015, file photo, provided by the California Department of Corrections and Rehabilitation shows former Olympics taekwondo coach Marc Gitelman. The California Supreme Court will rule Thursday, April 1, 2021, in a case about whether the U.S. Olympic and Paralympic Committee has a legal duty to protect to protect athletes from sexual and other types of abuse. The case is related to a lawsuit in which three aspiring Olympic female taekwondo athletes who were sexually abused by their coach for years sued the coach, the USOPC and USA Taekwondo. (California Department of Corrections and Rehabilitation via AP, File) 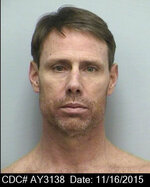 LOS ANGELES (AP) — Sports organizations governing youth activities from soccer to swimming to gymnastics to baseball have a duty to protect athletes from sexual and other abuse, the California Supreme Court ruled Thursday.

In a case involving girls aspiring to be Olympians who were molested by their martial arts coach for years, the court held that USA Taekwondo could be held liable. But the court cleared the U.S. Olympic and Paralympic Committee from liability because it did not have a close enough relationship with the coach or athletes.

The decision clarifies legal standards for California courts after numerous sex abuse scandals have rocked the highest levels of amateur sport since the doctor for the U.S. gymnastics team was accused — and later convicted — of molesting scores of girls.

“The thing that’s been frustrating over the years is that these entities make money off the backs of all these athletes,” Estey said. “They make millions of dollars on these athletes, but they do nothing to protect them. They want all the benefit and none of the burden.”

Estey said he was disappointed the Olympic committee would not face liability and said the ruling could insulate other large umbrella organizations such as the National Collegiate Athletic Association, which filed a brief supporting the USOPC.

The ruling came in a Los Angeles lawsuit by three women taekwondo athletes who had been abused as minors for years by a coach who later went to prison.

The three won a $60 million judgment against convicted coach Marc Gitelman in 2017. But the trial court threw out claims against USA Taekwondo, the governing body for the sport, and the USOPC, which oversees it.

The women appealed those dismissals, alleging USOPC and USA Taekwondo failed to protect them. An appellate court ruled that USA Taekwondo could be held liable, but not the USOPC because it did not have a close enough relationship with the coach or the athletes.

The unanimous Supreme Court ruling upheld the lower appellate decision, which revives the lawsuit against USA Taekwondo. USA Taekwondo and the NCAA did not respond to emails seeking comment.

The Olympic committee issued a statement saying it has taken steps to prevent sexual abuse and protect amateur athletes.

“While this is a significant finding, and sets a standard for other cases, we are committed to playing an important role in leading the Olympic and Paralympic community in better protecting athletes, and preventing and addressing abuse wherever it may occur," the USOPC said.

Attorney John Manly, a lawyer representing a group of Olympic gold medalists in litigation against USA Gymnastics and USOPC over sexual abuse by former team doctor Larry Nassar, said he sees the ruling as a “stinging defeat” against both organizations because it spells out their duty to protect athletes.

Many of his clients, who include Simone Biles, Aly Raisman and Jordyn Wieber, were abused either at the Olympics, under the care of USA team coaches or at national training facilities.

“If the Olympic committee was looking for some solace in this decision, they're not going to get it,” Manly said about his lawsuits. “The idea that you’re going to take minors, which they did, under your care and transport them to foreign cities to compete for the United States and then argue you didn’t have a duty to them, this opinion does not give them any hope of being dismissed from that case.”

The taekwondo suit was brought by Yazmin Brown, Kendra Gatt and Brianna Bordon. The Associated Press typically doesn’t publish names of sex abuse victims, but all three agreed to let their names be used publicly.

The three competed at a high level of the sport and at tournaments sanctioned by USOPC and USA Taekwondo. Brown and Bordon said they were assaulted by Gitelman in Olympic Training Center dorms.

The women no longer compete in the sport, Estey said.

Gitelman, a top-ranked Las Vegas instructor known as “Master G,” was sentenced to more than four years in prison for sexually abusing the girls.

He abused the girls from 2007 to 2014, often after giving them alcohol in hotel rooms while traveling to competitions, the lawsuit said.

Although they were awarded $60 million after Gitelman failed to properly respond to the lawsuit filed in 2015, they have not received a dime, Estey said. He expects Gitelman will never be able to pay the money.

USA Taekwondo and the NCAA did not respond to emails seeking comment.

The spelling of Yazmin Brown's first name has been corrected.