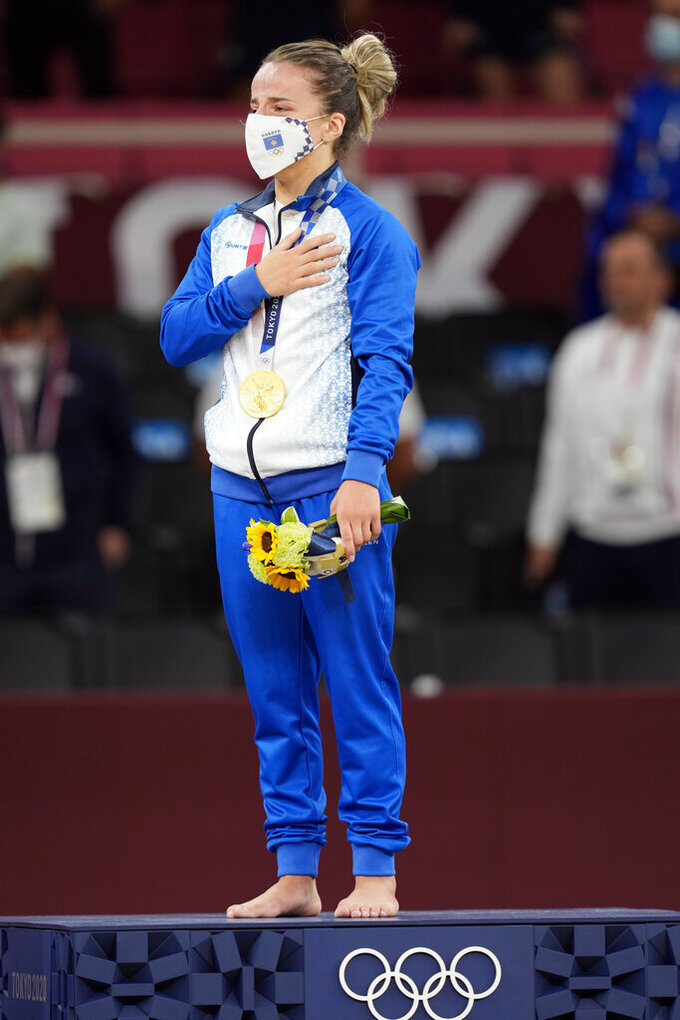 PRISTINA, Kosovo (AP) — The whole of Kosovo celebrated Saturday after Distria Krasniqi won the Olympic gold medal in judo, the second-ever Olympic medal for the tiny western Balkan country that became independent only 13 years ago.

Krasniqi beat Funa Tonaki of Japan in the women’s 48-kilogram judo final at the Tokyo Games.

In 2016, Majlinda Kelmendi became the first Kosovar athlete to win a medal at the Olympic Games when she claimed gold in the women's 52-kg category in Rio de Janeiro.

“I was hoping Distria would get a medal but the gold medal was really grandiose,” Krasniqi’s coach Driton Kuka told the KTV private television station. “Two gold medals in two Olympics is a great result in sport.”

After winning, Krasniqi was quoted by Kosovo’s public television RTK as saying: "This medal goes to my country, my family, to all those who supported me ... It has been a very difficult fight against the Japanese because Japan has the best judo in the world.”

“Through Distria today, Kosovo excelled to the world. Today and forever Kosovo will be proud of you,” Osmani wrote on Facebook.

Prime Minister Albin Kurti added: “Thank you for making each of us proud."

The 1998-1999 war in Kosovo, then a Serbian province, ended after a NATO military intervention that forced Serbia to withdraw its forces. The United Nations ran the territory for nine years before Kosovo in 2008 declared independence, a move that Serbia doesn’t recognize. Kosovo has a population of 1.8 million.