Lauren Jackson set to return for Australia's Opals at age 41 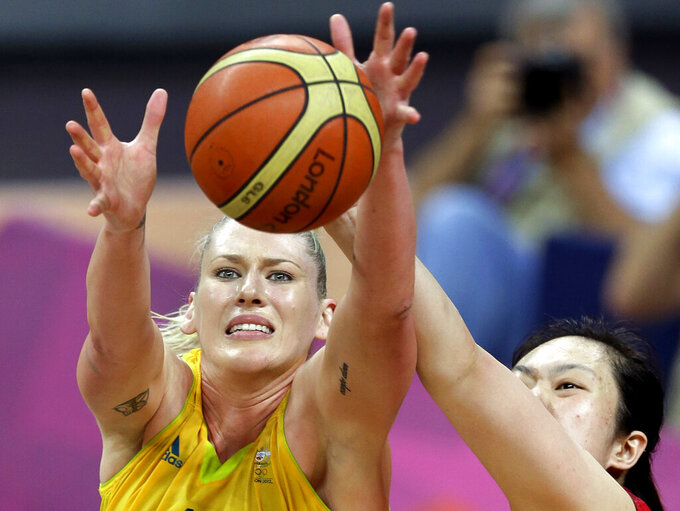 MELBOURNE, Australia (AP) — Australian basketball great Lauren Jackson is set to rejoin the national team at the age of 41 in a bid for another world championship medal.

Jackson, a seven-time WNBA All-Star who led Australia to a world championship title in 2006 and won four Olympic medals, hasn’t played for the Opals for nine years but was tempted to return for a women's World Cup on home soil in September.

Sydney’s Daily Telegraph newspaper on Tuesday quoted Jackson saying she will join the Opals in camp in Canberra, the Australian capital, next week. She tweeted the article.

“It kind of feels like I’m a kid again vying for a position," Jackson told the newspaper. "When I found out I made it into the squad I had a moment of shock, it’s reality now and getting into the mind frame again of competing to wear the green and gold again.”

Basketball Australia later confirmed it on social media, posting its congratulations and saying: “Lauren is an outstanding athlete, and her return is a testament to the amount of work she has put in and her incredible competitive nature.”

The 6-foot-5 Jackson retired before the 2016 Rio de Janeiro Olympics because of recurring knee problems but returned to Australia's domestic league earlier this year.

“I never expected to get to this point so every day I get past here is a blessing and I truly feel like one of the luckiest people in the world to be getting another shot after the way my career ended,” Jackson said. "I’ve been very cautious ... not to get over excited or put any pressure on myself.

“It’s been a really long journey but every milestone that I’ve hit I’ve gone ‘I didn’t think I’d get to this point.'”

Jackson was a three-time scoring champion and won two WNBA championships in 11 seasons with the Seattle Storm and was named finals MVP in 2010. She also won league titles in Australia, Spain and Russia as well as three Olympic silver and one bronze, plus a gold and two bronze medals at the world championships.

“With my size, height and experience in the game I think what I can bring to the team is invaluable in terms of leadership,” she said. “Once I step foot on a basketball court I’m pretty confident, it just comes naturally and has always just been part of who I am.

“I know I can bring that confidence to the girls.”