Meyers Taylor tests positive for COVID-19 ahead of Olympics 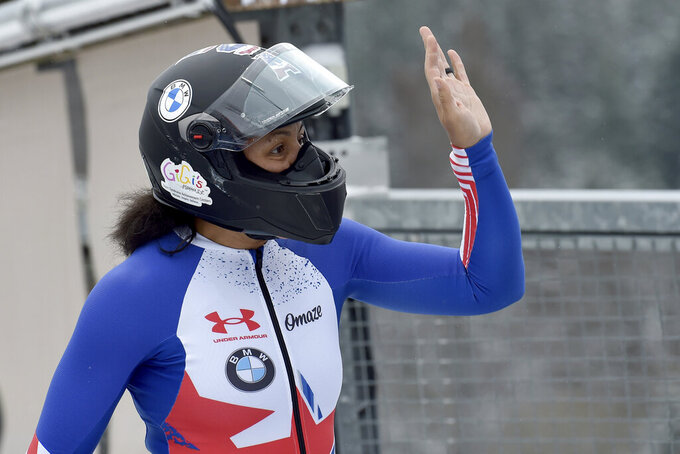 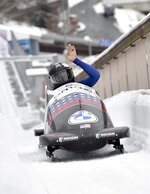 World Cup champion Elana Meyers Taylor’s quest to add to her Olympic medal total at the Beijing Games is in jeopardy after the veteran U.S. women’s bobsled pilot revealed Tuesday she has tested positive for COVID-19.

USA Bobsled and Skeleton remains hopeful that Meyers Taylor will be able to compete at the Beijing Games, especially since bobsled doesn’t begin until about a week into the Olympics. Women’s monobob official training begins Feb. 10, with competition beginning Feb. 13. Training for the two-woman event starts Feb. 15, with competition beginning Feb. 18.

“After arriving to Beijing on January 27, on January 29 I tested positive for Covid-19,” Meyers Taylor wrote on her social media platforms. “I am asymptomatic and currently at an isolation hotel- and yes I am completely isolated.”

She revealed on Jan. 27 that she passed an initial test after arriving in Beijing. Meyers Taylor was planning to stay in a hotel and not the Olympic village, since she is traveling with her young son.

“This is just the latest obstacle that my family and I have faced on this journey, so I’m remaining optimistic that I’ll be able to recover quickly and still have the opportunity to compete,” Meyers Taylor wrote.

She is the only woman to win three Olympic bobsled medals for the U.S., with two silvers and a bronze already in her collection. If she is cleared, she still would be considered a medal contender in both events; monobob, with just a driver in the sled, is part of the Olympic program for the first time.

USABS said last week that it was dealing with a number of positive tests among its Olympic delegation, though did not disclose names because of privacy regulations. Josh Williamson, a push athlete who was picked for his first Olympic team, revealed last week that he tested positive at a team camp in Chula Vista, California.

Also Tuesday, the Court of Arbitration for Sport ruled against U.S. women’s skeleton athlete Megan Henry, denying her request to be added to the field for the Beijing Games.

The U.S. earned two spots in the Olympic field, and they went to five-time Olympian Katie Uhlaender and first-time qualifier Kelly Curtis. The spots were not decided until the final race of the World Cup season and Curtis wound up edging Henry by a slim margin.

When some nations who were awarded Olympic spots declined to fill them, the International Bobsled and Skeleton Federation reallocates those positions. That seemed to open a door for Henry, who appealed for it but was denied by CAS.

The decision means Katie Tannenbaum of the U.S. Virgin Islands will remain in the field after she was awarded the spot that Henry later sought.