Mikaela Shiffrin says she is ready for 'fun' Olympic super-G 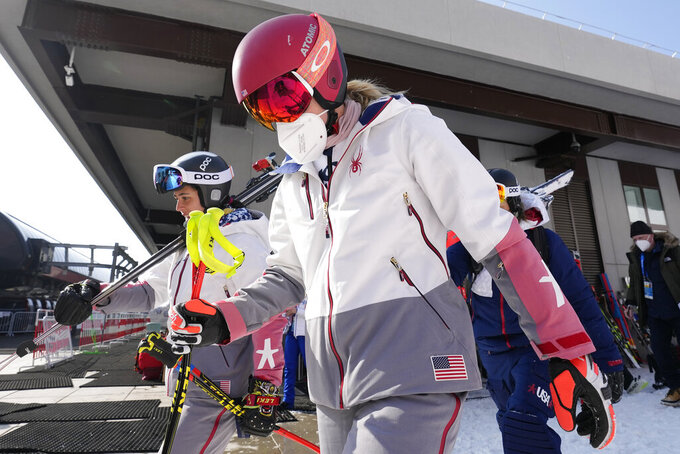 Mikaela Shiffrin of the United States heads to the gondola to go up the alpine ski course for a training run at the 2022 Winter Olympics, Thursday, Feb. 10, 2022, in the Yanqing district of Beijing. Two-time Olympic champion and pre-games medal favorite, Mikaela Shiffrin has skied out in the first run of both the slalom and giant slalom. (AP Photo/Luca Bruno)

BEIJING (AP) — Mikaela Shiffrin is ready to have some “fun” when she returns to Olympic action in the super-G.

Shiffrin posted on Twitter early Friday morning that she is grateful “to have the opportunity to refocus on a new race, in the sport that I love so much.”

The two-time Olympic gold medalist's third race of the Beijing Games was scheduled to begin at 11 a.m. Friday in China.

Shiffrin is off to a rough start so far at the 2022 Olympics. The 26-year-old American went off-course about 10 seconds into the giant slalom on Monday and after about half as much time in the slalom on Wednesday.

“I’ve had a lot of support over the last 48 hours,” Shiffrin wrote Friday, “and I have to thank everyone for that.”

Shiffrin never has entered an Olympic super-G before but did win that race at the 2019 world championships.