Russia steps up legal fight against isolation in sports 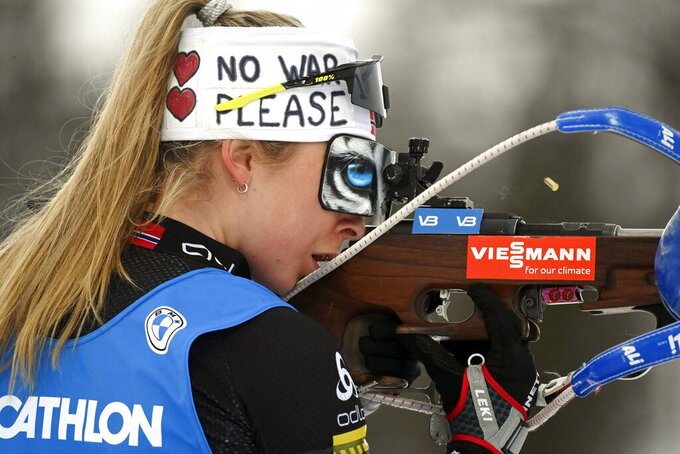 LAUSANNE, Switzerland (AP) — Russia stepped up its legal fight against isolation in sports because of the war in Ukraine when its national Olympic body made an urgent appeal Friday to overturn a ban on its athletes competing at a European youth winter sports festival.

The Court of Arbitration for Sport said it was setting a timetable for the case ahead of the Winter European Youth Olympic Festival being held in Finland from March 20-25.

Russian officials had promised to challenge athlete bans imposed by most Olympic sports bodies this month, though no appeal to CAS has been announced relating to the figure skating world championships which start March 21. The International Skating Union is organizing that event in Montpellier, France.

CAS said Friday the ROC has not asked for an interim ruling — so-called “provisional measures” — to freeze the ban, suggesting the full merits of the case could be decided over the next week.

The appeal joins Russian soccer in going to CAS to push back against the country's sporting isolation after the invasion of Ukraine.

The Russian soccer federation has appealed against bans on national and club teams by FIFA and UEFA. Those suspensions were imposed March 1 within hours of the International Olympic Committee urging sports bodies to act against Russia.

The arguments in favor of Russian athlete bans were restated Friday by IOC president Thomas Bach in an open letter to international sports officials.

Bach said that while it was clear Russian athletes were not responsible for the war, the fairness and integrity of competitions where Ukrainians could be unable to compete had to be considered.

He also cited “safety risks for Russian and Belarusian athletes taking part in international competitions, because of deep anti-Russian and anti-Belarusian feelings following the invasion.”

Bach also criticized those who made the “cheap argument” that the IOC broke its own rules on neutrality by politicizing sport with its call to block Russian competitors.

“Whoever so blatantly violates the Olympic Truce with political and even military means cannot denounce the consequences as being politically motivated,” Bach wrote, referencing the pledge signed by all 193 United Nations member states, including Russia, ahead of the Beijing Olympics and Paralympics.