Seeking reform, US holds $1.3 million in dues from WADA 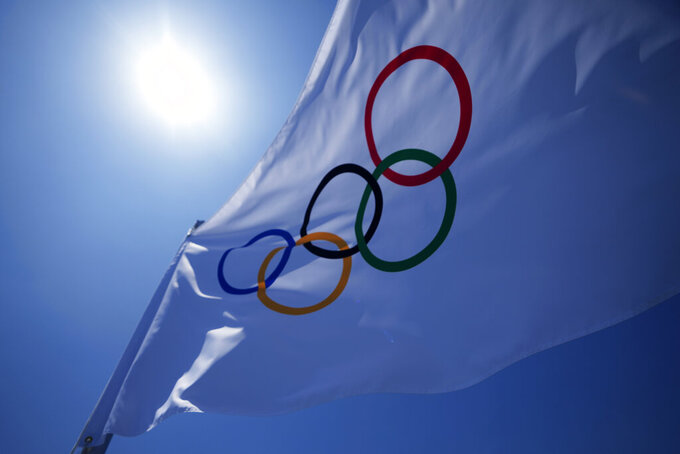 An Olympic flag flies over the top of the bleachers at Ariake Tennis Center, Monday, July 19, 2021, in Tokyo. (AP Photo/Kiichiro Sato)

TOKYO (AP) — The U.S. government will hold onto nearly half of the $2.93 million in dues it owes to the World Anti-Doping Agency while it waits to see how the global drug-fighting agency moves forward with reforming its governing structure.

Richard Baum of the White House drug control office told a congressional committee Wednesday that a $1.6 million payment to WADA would be made soon, but that in breaking with past practice, the full sum would not be delivered all at once.

“We believe half the payment is appropriate,” Baum said. “There have been some good conversations in WADA about reform, but we still believe that in order to be comfortable with making the full payment, we'd like to see additional steps forward.”

The news, delivered at a hearing in Washington to provide updates on a recently passed law to criminalize international doping schemes, was the latest in a yearlong tussle between WADA and the U.S. government. The government has criticized the agency for not moving urgently enough to reform itself in the wake of the Russian doping scandal. The government has issued reports complaining the U.S. does not get its money's worth out of its contribution to WADA and does not have a large enough decision-making role in the worldwide agency.

The $2.93 million accounts for about 7.3% of WADA's $40 million budget; the U.S. normally delivers the entire amount in the first quarter of the year.

After the U.S. first threatened to withhold dues last summer, WADA responded by suggesting it might sanction countries that do not pay dues. Congress then gave the White House office authority to withhold payment.

Baum said the government has had some “good conversations” with WADA “but we still believe that in order to be comfortable with making the full payment, we’d like to see additional steps forward.”

WADA has been progressing with a series of reforms that would increase athlete representation on some of its decision-making boards, while also calling for higher levels of transparency.

“In collaboration with all of our diverse stakeholders, including the U.S. Government, WADA will continue to make meaningful improvements to ensure the Agency’s governance evolves in line with its role and with the global fight against doping in sport in general,” WADA spokesman James Fitzgerald said in a statement. “We are confident that the U.S. Government will ultimately accept the outcomes of this democratic and collaborative process.”

The U.S. and other critics say WADA's reforms don't go far enough. They want a more thorough break between WADA and the IOC, which have members who sit on both agencies who can have conflicts of interest.