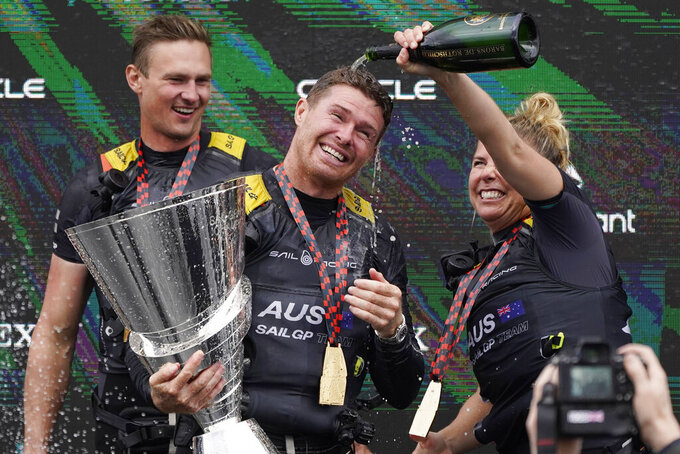 The team announced Tuesday that Slingsby would be sailing with American Magic for the 37th America’s Cup, set to be contested off Barcelona, Spain in late 2024.

“I look forward to doing whatever I can to help our team in their quest to bring the trophy back to the United States and the New York Yacht Club," Slingsby said in a statement. "We’ve got world-class talent on board the boat and backing us on the shore, I’m proud and excited to be a part of it.”

Slingsby is expected to join the team later this summer at a training base in Pensacola, Fla.

The New York Yacht Club enjoyed a 132-year winning streak in the competition for the oldest trophy in international sports until 1983, when Australia II became the first successful challenger to win the America’s Cup.

“People are the most valuable resource for any America’s Cup challenge, and we’re excited to have Tom on our team,” said Terry Hutchinson, skipper and president of sailing operations for American Magic. “As a previous winner of the America’s Cup, Tom knows what it takes to climb that mountain. He has shown incredible ability in foiling yachts, and his skill and experience will be a tremendous asset.”

Slingsby won an Olympic gold medal for Australia at London in 2012 and has won multiple world championships, from singlehanded foiling Moths to supermaxis.

He sailed with Oracle Team USA in the 2013 and 2017 America’s Cup matches and won the first two seasons of SailGP as the driver of the Australian team. He will continue with his role on the Australia SailGP team.

Nicknamed “Red Mist” for his occasional flashes of temper on the water, the redheaded Slingsby expertly steered his foiling catamaran, the “Flying Roo,” to sailing’s biggest cash prize for the second time since 2019.