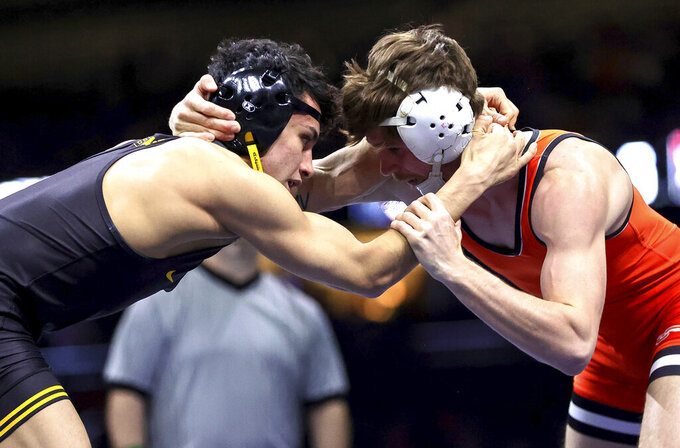 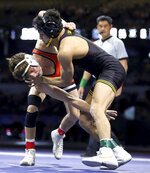 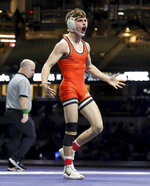 It didn't go exactly as planned, but those involved in setting up the Bout at the Ballpark wrestling event at Globe Life Field in Arlington, Texas — home of Major League Baseball’s Texas Rangers — deemed the event a success and a step forward for the sport.

The event combined international and collegiate competition for the first time. REV Entertainment collaborated with USA Wrestling, FloWrestling and the Iowa and Oklahoma State programs with the intent of helping to raise the sport’s profile. Though the men's team from Iran and the women's team from Mongolia pulled out because of visa issues, REV Entertainment said the event drew 12,028.

“Globe Life Field was transformed for this one-of-a-kind event,” he said. “It is one of our goals as a company to combine state-of-the-art events with world-class talent, and seeing that play out in the form of a wrestling dual was just as we imagined.”

Oklahoma State’s Daton Fix became the first wrestler to represent his school and country in the same day. As part of Team USA, the 2021 world silver medalist defeated Ecuador's Guesseppe Rea 10-0 at 61 kilograms. In the dual with Iowa, he defeated Austin DeSanto 5-3 in a hard-fought match at 133 pounds.

“It was awesome," Fix said. "It was a once-in-a-lifetime opportunity to wrestle in a place like this. Luckily for me, I got to do it twice. It’s definitely something I’ll remember for the rest of my life.”

The American men were supposed to face an Iranian team that included superstar Hassan Yazdani, a 2016 Olympic gold medalist and 2021 Olympic runner-up. But Iran Wrestling Federation president Ali Reza Dabir said six members of its proposed 35-person delegation did not receive visas from the U.S. State Department, so the team pulled out.

The Americans ended up facing a group of international stars.

In freestyle action, Kyle Snyder, an Olympic gold medalist in 2016 and a silver medalist at the Tokyo Olympics in 2021, dominated Poland’s Zbigniew Baranowski 12-0 at 97 kg. Thomas Gilman, a bronze medalist in Tokyo and a world champion in 2021, defeated Puerto Rico’s Darian Cruz 11-0 at 57 kg. Jordan Burroughs, a 2012 Olympic gold medalist and a five-time world champion, rolled past Colombia’s Nestor Taffur of Colombia 11-0 at 79 kg.

In the college dual, defending NCAA champion Iowa and Oklahoma State met in the renewal of a longstanding rivalry.

Oklahoma State was missing sophomore A.J. Ferrari at 197 pounds. The unbeaten defending national champion suffered non-life threatening injuries in a two-vehicle accident last month, and has not quite recovered yet.

Oklahoma State's Trevor Mastrogiovanni and Iowa's Jesse Ybarra put on the most exciting match of the evening, Mastrogiovanni, down a point late, scored a takedown in the final seconds to clinch the 6-5 win.

Fix followed with his win, but Iowa dominated the rest of the way. Jaydin Eierman, Max Murin, Kaleb Young, Alex Marinelli, Michael Kemerer, Jacob Warner and Tony Cassioppi picked up victories for the Hawkeyes. Oklahoma State’s only winner was Dakota Geer at 184 pounds.