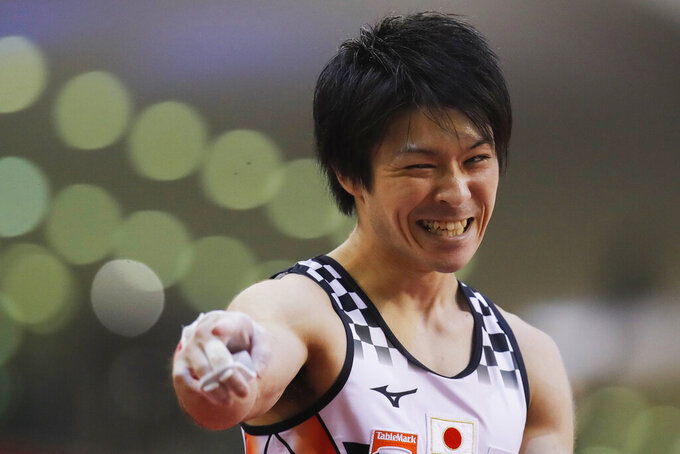 The 2020 Olympics, delayed a year by the pandemic, were a disappointment at home in Tokyo.

Uchimura fell in qualifying in his signature high-bar event and failed to advance to the finals.

His first Olympics was in Beijing in 2008, and for more than a decade he established a unmatched standard of excellence in men's gymnastics with a level of grace, precision, and humility.