Brazil faces Japan in friendly with lesser focus on Neymar 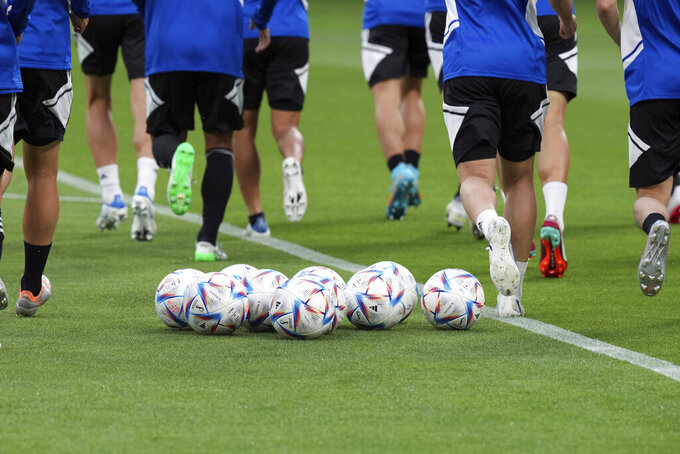 TOKYO (AP) — Brazil coach Tite has had the full four-year cycle to prepare for this year's World Cup in Qatar, unlike 2018 in Russia when he took over in the middle of the cycle after Dunga was fired.

Fresh from beating South Korea 5-1 on Thursday in Seoul, Brazil faces Japan on Monday in an international friendly in Tokyo. Brazil has not lost since falling 1-0 against Argentina in the Copa America final almost a year ago.

Playing in Japan could be a good omen.

Brazil's under-23 team won Olympic gold last year in Tokyo, and Brazil's last World Cup title came in 2002 in nearby Yokohama in a World Cup co-hosted by Japan and South Korea.

“In a period of four years you can do a better job,” Tite said Sunday, speaking at Japan's new National Stadium, venue for the Tokyo Olympics that were delayed by a year. “In that period you can see many mistakes, but many good things. You see a lot of players. And now we are seeing a new generation in terms of offense.”

Neymar scored two penalties against South Korea, but he's no longer the entire fulcrum of the attack. Three players from the English Premier League — Richarlison, Coutinho and Gabriel Jesus — also scored in Seoul.

To that mix, add other threats like Raphinha, Lucas Paqueta and Vinicius Junior.

“In terms of the partnership with Neymar, there are others that share the responsibility,” added assistant coach Cesar Sampaio, who scored three goals in the 1998 World Cup. “It's not just depending on Neymar in the offensive half. We have other creative players with speed.”

Japan is consistently the region's strongest team. In the 2018 World Cup, Brazil defeated Mexico 2-0 to advance in the round of 16. Japan, meanwhile, led Belgium 2-0 in its round of 16 match before losing 3-2.

A Japan victory would have put it into the quarterfinals again Brazil, the five-time champions.

“These are important matches in preparation for the World Cup,” Tite said. “Even though it's not a World Cup, it's two teams with real World Cup possibilities. This gives you an idea of the dimension of the match.”

Tite — his name in pronounced Chi-Chi in Portuguese — was flattering the hosts a bit. Japan have never beaten Brazil in 12 matches, and only two ended as draws. Brazil has won the last five by a combined score of 18-2.

“I think our players and staff are aware of the fact that our opponent is one of the greatest,” Japan coach Hajime Moriyasu said. “Although the numbers show that we have not won any of our previous matches, we will show our strengths here at home.”

Japan was drawn into what is probably the World Cup's toughest group with Spain and Germany. It seems like a longshot to reach the final 16 in Qatar.

Brazil is already listed as the early favorite with defending champion France. Brazil will be the favorite in a group in Qatar that also includes Serbia, Switzerland and Cameroon.