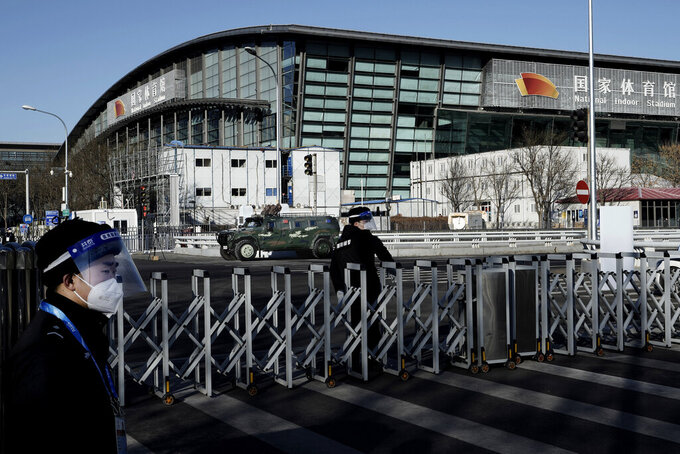 The Danish Olympic federation announced that forwards Matthias Asperup and Nick Olesen tested positive for the coronavirus and went into isolation. Former NHL forward Mikkel Boedker, veteran defenseman Markus Lauridsen and two taxi squad players also missed practice after testing positive, though the team believed the results to be inaccurate and expected them back on the ice soon.

“Fortunately, it looks like four of them were false positive, we are hoping," longtime NHL center Frans Nielsen said. ”I wouldn’t called it ‘scared,’ but you’re always worried about, ‘Is there going to be more?’"

Coach Heinz Ehlers expressed optimism about getting four of the players out of isolation late Wednesday or early Thursday. The National Olympic Committee and Sports Confederation of Denmark said it did not believe any other members of the nation's 62-person delegation would need to be isolated.

Ehlers said everyone on Denmark's men's hockey team tested negative twice within the previous 48 hours before leaving for Beijing. Asperup and Olesen need to produce two negative COVID-19 tests 24 hours apart to be cleared to rejoin the team.

“Of course it’s frustrating about the practice because we were supposed to do a little bit of power play today and three or four of those players, they were out,” Ehlers said. “It’s just (we have) to accept the way it is right now.”

The tournament begins in a week. Denmark plays its first game Feb. 9 against the Czech Republic.

Denmark qualified in men's and women's hockey at the Olympics for the first time.

“I think with every team right now, all you can do is cross your fingers and hope that we’re going to get through this tournament without too many positive cases,” Nielsen said.

Beijing organizers on Wednesday reported 32 new cases — 15 in tests of people arriving at the airport and 17 within the Olympic bubbles. Athletes and team officials accounted for nine of the latest cases and 23 were “stakeholders,” a category that includes workers and media.

Eleven people have been treated at the hospital for a symptom among the 232 positive tests registered since Jan. 23, though “none of those are seriously ill in any way,” Olympic medical adviser Brian McCloskey said.