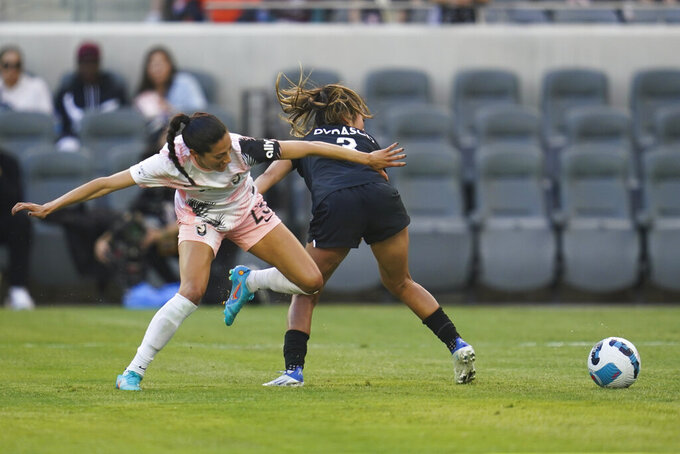 Press was injured during Saturday's game against Racing Louisville and was helped off the field by a trainer and a teammate.

Press, 33, has scored two goals in eight games for Angel City in her first year with the National Women's Soccer League expansion team.

Press was on the U.S. national team when it won the Women’s World Cup in 2015 and 2019 and the bronze medal at the Tokyo Olympics.

She took time off from soccer after the Olympics last year to focus on her mental health.

Press was left off the U.S. roster for the upcoming CONCACAF W Championship, which serves as qualifying for the 2023 World Cup. Coach Vlatko Andonovski announced the roster before Press revealed the extent of her injury.

Press has 115 appearances with the national team with 64 goals and 43 assists.