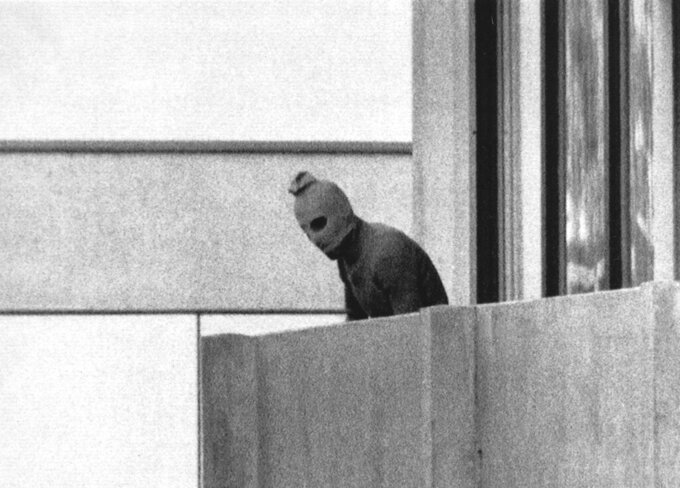 FILE - File Photo from Sept. 5, 1972 shows a member of the Arab Commando group which seized members of the Israeli Olympic Team at their quarters at the Munich Olympic Village appearing with a hood over his face on the balcony of the village building where the commandos held several members of the Israeli team hostage. (AP Photo/Kurt Strumpf, File)

BERLIN (AP) — Authorities in Bavaria say they are releasing all previously unpublished files on the attack at the 1972 Munich Olympics following criticism from relatives of the 11 Israeli athletes and coaches who died there.

Joachim Herrmann, the top security official in the southern German state, said Thursday that Bavaria will no longer keep any files under wraps, but conceded that federal authorities might still hold confidential files.

The Palestinian group Black September took numerous members of the Israeli team hostage on Sept. 5, 1972, with the goal of forcing the release of prisoners held by Israel and two left-wing extremists in West German jails. Eleven Israelis and a West German police officer died during a botched rescue attempt.

Complaints about persistent secrecy surrounding the files had threatened to overshadow a planned memorial event for the 50th anniversary of the attack. Some relatives of those killed have also demanded compensation from Germany, something the government has rejected.