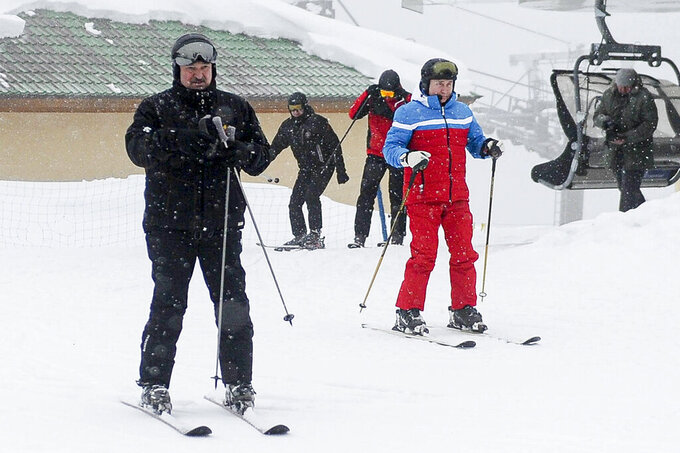 MINSK, Belarus (AP) — The Belarusian Olympic Committee elected the son of President Alexander Lukashenko as leader on Friday, despite both men being suspended by the IOC and barred from the Tokyo Games.

The decision increases the chance of Belarusian athletes having to compete as an independent team under the Olympic flag in Tokyo.

Viktor Lukashenko was previously the national Olympic body’s vice president under his father, whose disputed victory in state elections last August led to ongoing protests in the former Soviet republic.

Both men were suspended by the International Olympic Committee in December for failing to protect athletes who took part in protests from discrimination.

“This is contrary to the fundamental principles of the Olympic Charter and therefore seriously affects the reputation of the Olympic movement,” IOC president Thomas Bach said in December.

Asked on Wednesday about the pending vote in Belarus, Bach said the IOC was monitoring but he would not speculate on possible consequences.

Alexander Lukashenko urged delegates to vote for his son in a statement posted on the national Olympic body’s website.

“There will be no theft, corruption, misuse of money under his leadership,” Alexander Lukashenko said. “Athletes and coaches will be treated kind and fair.”

Viktor Lukashenko, who advises his father on national security, is also under European Union sanctions that prevent him from traveling in the 27-nation bloc.

The EU has not recognized the state election result that returned Alexander Lukashenko for a sixth term.

Neither of the Lukashenkos is currently allowed to attend the Tokyo Olympics, which are scheduled to open on July 23.

“As for me, I will still keep in touch with what is going on in sport,” Alexander Lukashenko said Friday.

The IOC will continue to help fund Belarusian athletes preparing for upcoming Olympics by paying scholarship money directly to them. Payments to the Belarusian OIympic Committee have stopped.