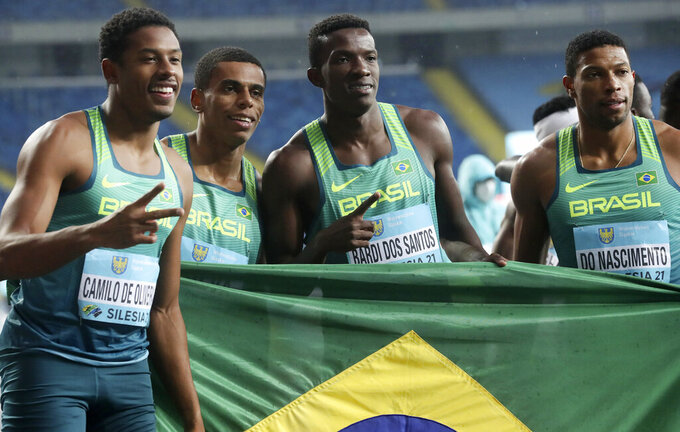 Health Minister Marcelo Queiroga told a news conference Tuesday that Brazil will get 4,050 doses of the Pfizer shot and another 8,000 from Chinese pharmaceutical company Sinovac.

Later at a congressional hearing Queiroga said those going to Japan would get the Pfizer shot, while the Sinovac shots would be sent to the country's national immunization program as part of the arrangement. Brazilian law states that private entities can only get COVID-19 jabs if an additional donation to the public healthcare system follows.

“Because of a strategic issue we will use Pfizer (to vaccinate) because it is a shot that has already been approved in all countries and won't bring any hurdles to our athletes," Queiroga told lawmakers. “Also, that vaccine has a short period between the first and second doses, which should immunize athletes quickly.”

Queiroga estimates 1,814 people will be vaccinated to go to Japan, with any left over doses to be given to the public health system.

The athlete vaccination program will begin Wednesday and will be conducted in Sao Paulo, Rio de Janeiro and Fortaleza. It follows similar measures being undertaken by countries including the United States, Britain and Australia.

The Olympic Games, which have already been delayed 12 months because of the coronavirus pandemic, are scheduled to open July 23.

Brazil has attributed more than 420,000 deaths to COVID-19, a toll second only to the United States. A more contagious variant of the disease pushed the country's health care system to near collapse in March and April, but the number of hospitalizations and deaths have decreased in May.

Brazil's vaccination rollout has been slow, and has been targeted at people aged 60 and over. President Jair Bolsonaro has refused to take any vaccines and is under investigation in a Senate inquiry for his administration's handling of the pandemic.