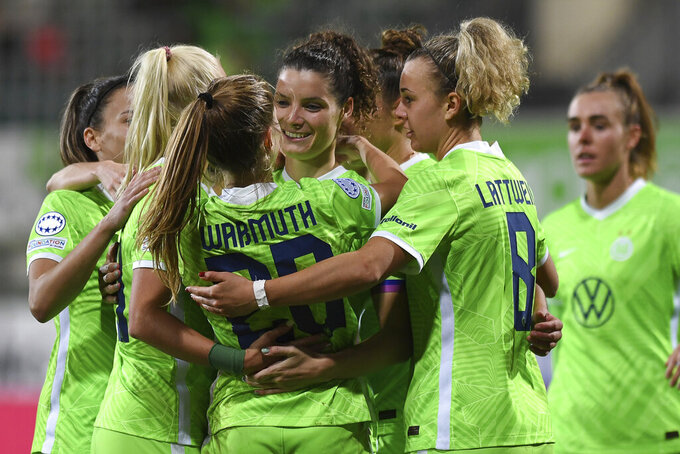 Former U.S. women's national team coach Jill Ellis is now leading a group that is exploring a biennial Women's World Cup as a way to grow the game, but insists the controversial plan isn't a foregone conclusion.

FIFA revealed aspirations last month to redraft the calendar of international soccer competitions to accommodate holding the men's and women's tournaments every two years. The idea has come under scrutiny.

“I truly believe we should think that our (women's) sport at some point can be self-sustaining, and I also think that the way we do that is to get ourselves front and center more frequently,” said Ellis, who coached the U.S. to two Women's World Cup titles. “It’s not to go to sleep for three years, it’s to make sure that we are out front and center, driving the game, driving the standards as an organization.”

Ellis leads the technical advisory group FIFA announced Monday that is discussing the plan. It includes current and former players, coaches, referees, executives and administrators from across the game.

Critics say a biennial World Cup could diminish the cachet of the tournament and negatively impact club play. There are also concerns about player workload. UEFA and CONMEBOL have warned of a boycott if FIFA goes through with the plan, and England coach Sarina Weigman has denounced the idea on the women's side.

It was unclear what the women's calendar would look like with a biennial competition, but one of the aims of the advisory group is a five-window calendar — unlike the men's calendar, which would include three windows.

Over the weekend, the International Olympic Committee said it had concerns about biennial World Cups. Clashes in the schedule with other sports, the men’s World Cup overshadowing the women’s edition of the tournament, and a strain on athlete welfare were all cited in an IOC statement after an executive board meeting in Athens.

“I think the Olympics does hold a very, very special place. But we also recognize that it’s three European teams, because of the size of the tournament itself it doesn’t open it up to a lot of people to even experience that. Obviously right now it’s just a 12-team tournament. And I don’t think there’s potential for it to expand because it’s obviously part of a major, major global event in the Olympics,” Ellis said.

FIFA has said it is still consulting soccer organizations but it could make a decision in December when its 211 members meet.

Ellis said one of the considerations of the advisory group is player welfare, including salaries, travel and safety.

Player safety has come to the forefront in recent weeks after player abuse and harassment scandals came to light in the United States, Venezuela and Australia.

“We’ve got to look at, not just FIFA and what they can do, but also what can clubs leagues, and people involved in our sport, what can they do to improve the conditions for our female players,” Ellis said. “It’s well-documented that the U.S. players, because of the global platform that they’ve had, have really been able to use that platform to advance and speak up for change, but that doesn’t happen without a big platform on which to stand.”

Some of those on the advisory panel include current players Alex Morgan and Wendie Renard, former players Kristine Lilly and Karina LeBlanc, and coaches Emma Hayes, Pia Sundhage and Mark Parsons.