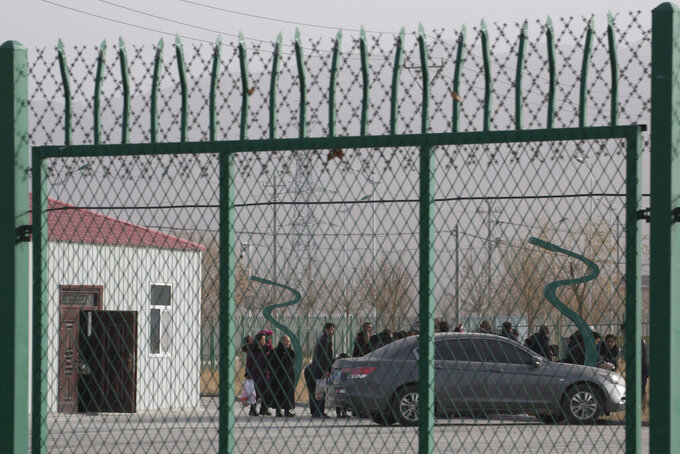 A coalition representing ethnic minorities in China is again accusing the International Olympic Committee of ignoring widespread human rights abuses as the country prepares to hold the 2022 Winter Olympics in Beijing.

Obtained by The Associated Press, the letter says the IOC has “turned a blind eye to the widespread and systematic human rights violations being committed by the Chinese authorities.”

Rights advocates are asking to see evidence — which the IOC says it has received — that China will abide by human rights commitments that it made when it was awarded the games in 2015. It also says that China has promised to allow unfettered reporting and to permit demonstrations or protests.

Athletes around the world have been pressing for more latitude to express themselves at the Olympics and argue that lobbying for human rights is not a political issue.

Representative of rights groups met two months ago with IOC leaders but say their requests have been largely ignored. They also sent an open letter three months ago asking the IOC to take the Olympics away from Beijing.

China is widely reported to have incarcerated more than a million Uighurs, a mostly Muslim ethnic group, in the western Xinjiang region. China at first denied the existence of the camps, but now says they are training and education centers.

Forced labor, torture and forced sterilization and abortion are being widely reported in Xinjaing. The treatment of the religious minority has been termed “cultural genocide” or “ethnic cleansing.”

The campaign staff of President-elect Joe Biden suggested several months ago the treatment amounted to “genocide.”

“History has shown us that the IOC has made an active decision to continue with the charade of political neutrality to justify its inaction towards China’s human rights violations," the letter said. “This willful ignorance is shameful and fails to value the personal experiences of all of us struggling under this repressive regime.”

The IOC has repeatedly said it runs a sports event and is not responsible for domestic policies in the host country. It repeated this in a statement to The Associated Press. It said that human rights issues had been raised with “government and local authorities"in China. It said it had received “assurances” but offered no details as the letter requested.

Beginning with the 2024 Olympics in Paris, cities will have to adhere to the United Nations Guiding Principles on Business and Human Rights. However, China is not subject to these rules because the IOC mandated the provision after picking Beijing for 2022.

“For decades we have brought evidence to the IOC about the severe repression, the beatings, torture, and even death of our people at the hands of Chinese authorities, some linked directly to peaceful protests related to the Olympic Games," the letter said. “But the IOC has failed to act on these reports.”

The Olympics open on Feb. 4, 2022. Beijing was chosen in a final vote over Almaty, Kazakhstan after several European venues dropped out over costs, or after referendums were rejected to hold the games.

China and other authoritarian states have become favored venues for Olympics and other mega-events since they never face public opposition and seldom openly question the costs.

The IOC awarded the 2008 Summer Olympics to Beijing, arguing the event would improve human rights in China. The coalition has reminded the IOC that human rights conditions are worse than they were 12 years ago with China operating what it described as an “Orwellian” state.