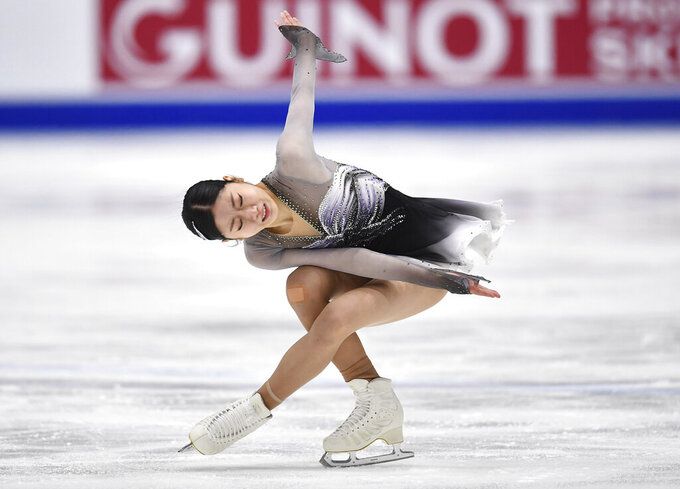 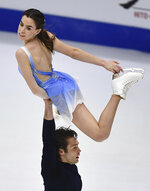 TALLINN, Estonia (AP) — Mai Mihara won her second career Four Continents figure skating title on Saturday in a strong recovery from missing out on the Japanese team for the Winter Olympics, and Audrey Lu and Misha Mitrofanov took pairs gold for the United States.

Mihara was near-flawless in Saturday's free skate with a program packed with triple jumps until she ran out of momentum on her final combination spin. It was still more than enough to keep her lead from the short program.

Mihara scored a total 218.03 points to win a second Four Continents title after claiming the gold in 2017. Japanese skaters have won the women's gold at the last six editions of the event, which brings together leading skaters from outside Europe. Mihara placed fourth at Japanese nationals, when the top three were selected for the Olympic team.

Lu and Mitrofanov became the first U.S. pair to win Four Continents gold since 2018 after recovering from Lu's early fall on a triple toeloop to post 120.75 in the free skate for a total of 189.10. Emily Chan and Spencer Akira Howe were third in the short program but climbed to second in the free skate to claim silver with 180.94, with bronze for Canada's Evelyn Walsh and Trennt Michaud on 179.70.

The risk of catching the coronavirus ahead of the Winter Olympics has meant many of the top U.S., Canadian and Japanese skaters have opted to skip Four Continents, which was relocated to be held in Europe for the first time amid the pandemic. China did not send a team at all.