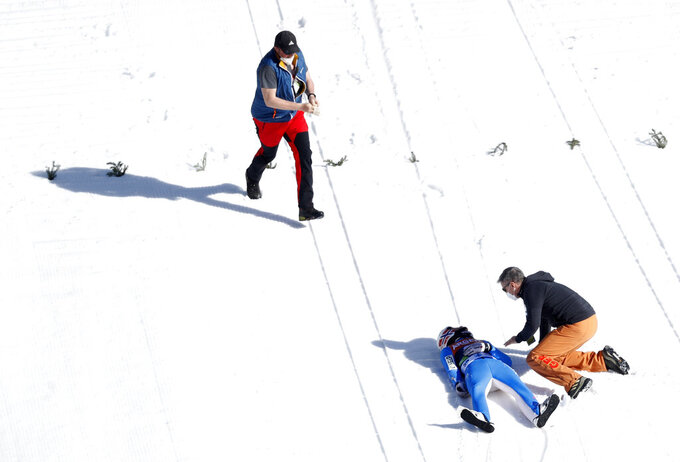 PLANICA, Slovenia (AP) — Olympic ski jumping champion Daniel-Andre Tande was hospitalized after a heavy fall at a World Cup event in Slovenia on Thursday, with Norwegian team officials saying he was in a medically induced coma.

The 27-year-old Norwegian lost control midway through his jump during a ski flying event in Planica and crashed heavily into the snow before tumbling down the slope.

He was treated for nearly 30 minutes and given oxygen before being flown by helicopter to a hospital in Slovenia’s capital Ljubljana.

The International Ski Federation (FIS) said on Twitter that Tande was in stable condition.

Alexander Stockl, the head coach of the Norway's ski jumping team, told Norwegian news agency NTB that Tande had a broken collarbone and would be kept in an induced coma for 24 hours.

“They've checked his neck and head, and they're OK,” Stockl said.

Tande is a former sky flying world champion and helped Norway win the team ski jumping event at the 2018 Olympics.