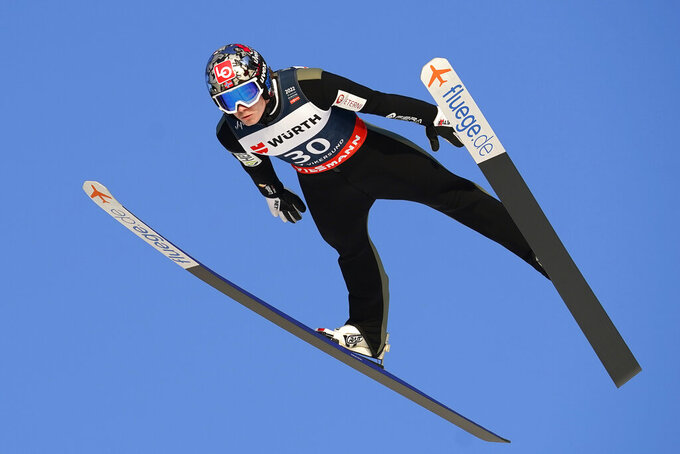 Ski Jumping's top circuit is returning to the United States for the first time in nearly two decades.

Ski jumping's last World Cup in the U.S. was in 2004 in Park City, Utah. The circuit has not been in North America since 2009 in Vancouver.

“This is a game-changer for our organization,” USA Nordic CEO Adam Provost said “The opportunity to bring in the best ski jumpers in the world to Lake Placid will give our sport a platform for growth that we haven’t had in close to 20 years."

Organizers were looking for a venue to host the World Cup after they planned to hold the event in Iron Mountain, Michigan, an option that became unfeasible last month.

“Having the World Cup back on U.S. soil is very important in developing the sport of Ski Jumping in this country, and across the world,” USA Nordic men’s and women’s ski jumping coach Anders Johnson said.

Only one American, Anders Haugen, has earned an Olympic ski jumping medal and that was at the first Winter Olympics in 1924. Haugen left the games without any hardware, but 50 years later was awarded bronze after a scoring error was confirmed.

In an attempt to improve the chances the U.S. can compete with the world's best ski jumpers, USA Nordic Sport began a partnership last month with Norway's governing body in the sport. American and Norwegian national ski jumping teams will share coaches, training facilities, sports science data and efforts to attract sponsors as part of a four-year agreement.