Taylor calls for Griner's release at Hall of Fame induction 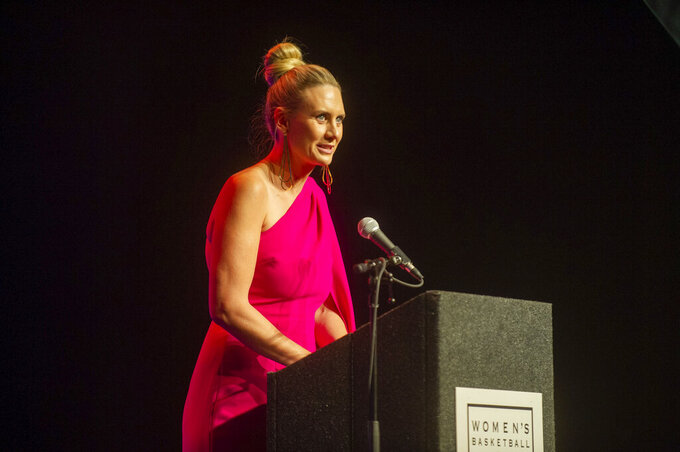 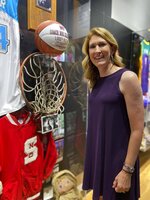 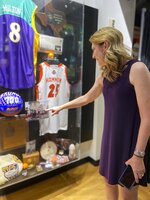 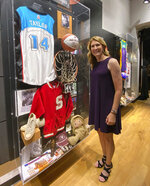 KNOXVILLE, Tenn. (AP) — Penny Taylor used her induction into the Women's Basketball Hall of Fame on Saturday to call for the release of her former Phoenix Mercury teammate Brittney Griner, noting it's been 114 days since the seven-time WNBA All-Star was detained in Russia.

“BG is our family,” Taylor said in asking President Joe Biden's help freeing Griner. “She's yours, too. The entire global sport community needs to come together to insist that she be a priority.”

The two-time Olympic gold medalist has been detained since Feb. 17 after vape cartridges containing oil derived from cannabis were allegedly found in her luggage at an airport near Moscow.

Taylor also wished her wife, Diana Taurasi, a happy 40th birthday after playing Friday night in a Mercury win and then traveling to Tennessee to escort her to the induction ceremony. Taylor helped Australia win Olympic silver medals in 2004 and 2008. She won three WNBA titles in 2007, 2009 and 2014 and was a three-time All-Star.

“If you continue to work hard, you too may be up here,” Taylor said to Taurasi.

DeLisha Milton-Jones wrapped up her acceptance speech with a call to bring Griner home. DePaul coach Doug Bruno noted Griner has been a big part of USA Basketball's Olympic success.

“Brittney is a great human being,” Bruno said. “No one deserves what Brittney's going through. Enough is absolute enough. It's time for the powers that be to bring Brittney home.”

The hall also honored Title IX with one of the Trailblazers of the Game award as the U.S. law intended to ensure equity between men and women in education marks its 50th anniversary. Barron, who flew to games between 1954-1957 with the Flying Queens, actually flying to away games while the men traveled by bus, made a call to everyone listening.

“I want to implore all of us to keep a very close watch on Title IX,” Barron said. “The doors are open. We must never let them close."

Milton-Jones, now head coach at Old Dominion, capped her four-year career at Florida as the 1997 Southeastern Conference Player of the Year and All-American. She led the Gators to four straight NCAA Tournament berths, including the Elite Eight in 1997.

The fourth overall pick in the 1999 WNBA draft played 17 seasons in the league. When she retired in 2016, she held the league record for most games played, with 499 for Los Angeles, Atlanta, New York, Washington and San Antonio. She helped the Los Angeles Sparks win back-to-back WNBA titles in 2001 and '02.

Milton-Jones also helped the U.S. win Olympic gold in 2000 and 2008, missing the 2004 Athens Games with an injury. She played in Spain, Italy, Turkey, South Korea, the Czech Republic and Russia. in 2005, she was interim coach of the Los Angeles Stars in the American Basketball Association, becoming only the second female to coach a men's pro team.

Her family made T-shirts and visors to help her commemorate this moment, and Milton-Jones said her success helped put Riceboro, Georgia, on the map.