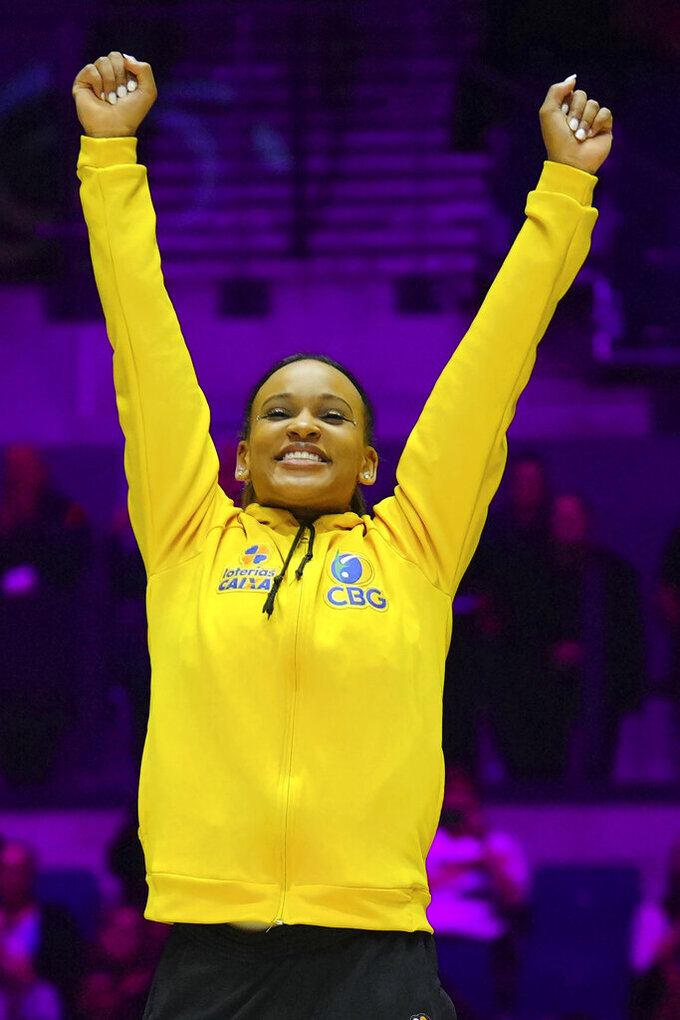 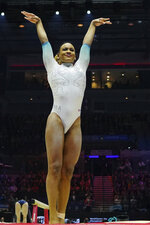 It's why the 23-year-old Brazilian gymnast wasn't thinking about making history or her own grueling personal journey during the women's all-around finals at the world championships on Thursday.

Considering all she's been through, the fact she was there on the floor competing was enough.

Brilliant on vault, steady on bars and dynamic on the floor exercise, Andrade became the first South American woman to win a world all-around title with four rotations that highlighted just how far Andrade — and her sport — have come in a country where gymnastics not so long ago was treated as a mere curiosity.

Not so much anymore. Andrade, a silver medalist in the all-around at the 2020 Tokyo Olympics, made the leap to the top by finishing with a total of 56.899, well clear of American Shilese Jones in second at 55.399.

“I have a lot of moments, not just in my sporting life but in my personal life too — my injuries, the things I needed to do — to be here now,” Andrade said. 'There have been a lot of things that have helped me make adjustments when I need to."

Andrade sprinted to the lead after registering a 15.166 on vault in the first rotation, the highest score on any event. She never faltered during her final three stops around M&S Arena and clasped her hands over her mouth when her score and the No. 1 flashed after a floor exercise she considers one of the best of her career.

Andrade's talent has long been obvious. Getting her body to stay healthy long enough has been the issue. Yet she kept coming back and took a massive step forward in Tokyo, finishing runner-up to American star Sunisa Lee in the all-around finals.

Andrade established herself as one of the early favorites for the 2024 Olympics in Paris by putting it all together. Her combination of athleticism and grace threads the very fine needle set forward by the sport's code of points.

“I'm so proud of myself,” Andrade said.

Jones had considered leaving elite competition after not being selected to the 2020 Olympic team. She changed her mind after her father, Sylvester, asked her to keep going shortly before his death last winter. She's responded by coming in second at the U.S. championships in August and then putting together the meet of her life to earn a silver medal that once seemed out of reach.

“I’m literally so speechless,” Jones said. “I’ve been dreaming of this moment for so long so I’m just super proud now and so stoked. .... This whole last competition, heading in, I was thinking of him.”

Alice Kinsella of Britain was fourth, followed by Ellie Black of Canada in fifth and Jade Carey of the U.S. in sixth.