EXPLAINER: The Winter Games, a different kind of Olympics 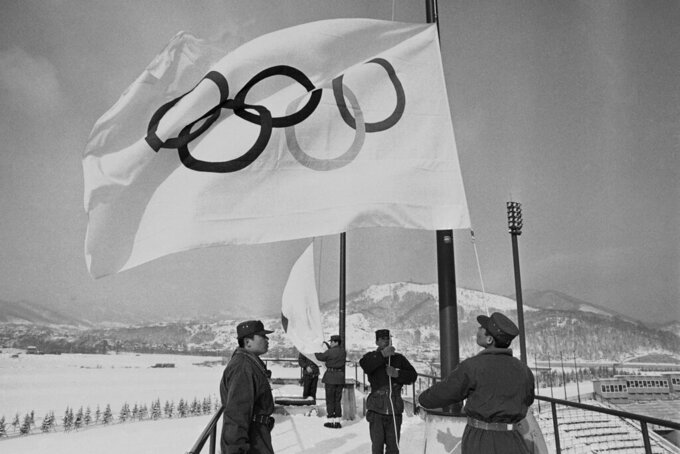 BEIJING (AP) — The first so-called modern Olympics took place in 1896 in Athens. But the inaugural Winter Olympics were not held until 1924 in Chamonix, France.

Calvin Coolidge was the American president at the time, and Vladimir Lenin died that year in the newly established Soviet Union. A new car in the United States cost as little as $300.

From 1924 through 1992, the Winter and Summer Olympics were the same year. In '92 the Winter Games were celebrated in Albertville, France, followed by the Summer Games in Barcelona.

Since 1994, an Olympics has been held every two years. The '94 Winter Olympics took place in Lillehammer, Norway, followed by the Summer Games in 1996 in Atlanta. Nagano, Japan, was next in 1998 with the Winter Games. That pattern was broken by the postponement of the 2020 Tokyo Summer Games until 2021 because of the coronavirus pandemic.

The Beijing Winter Games open on Friday, just six months after Tokyo closed. They'll be followed by the Summer Olympics in 2024 in Paris. Here's a breakdown of why things have unfolded as they have.

WHY WERE THE GAMES MOVED TO EVERY TWO YEARS?

Olympic historian Bill Mallon suggests the International Olympic Committee was looking for more revenue. The IOC, he says, “thought they could get more sponsorship money by spreading the Games out more.”

Every two years also kept the Olympics in the public eye, and the move dovetailed with the increasing commercialization and professionalization of the Games. The trend was underlined when, for the first time, professional basketball players from the NBA — the American Dream Team — were the marquee stars in Barcelona.

BEIJING: FIRST FOR BOTH WINTER AND SUMMER

Beijing is the most unlikely city to be the first to host both Summer and Winter Olympics. Of all the Winter Olympic hosts, it has the least tradition in winter sports.

Beijing was a longshot for 2022 until six European countries — including favorites Norway and Sweden — dropped out for cost or political reasons. Germany and Switzerland said “no” in referendums. The IOC was left to choose between Beijing and Almaty, Kazakhstan.

According to Mallon, writing to The Associated Press, the Canadian city of Montreal — the host for the 1976 Summer Olympics — tried but failed several times to land the Winter Olympics.

A MUCH SMALLER GAMES

The Beijing Winter Olympics are expected to draw about 2,900 athletes from about 90 national Olympic committees. The Tokyo Olympics six months ago attracted 11,000 from just over 200 national bodies.

As with Tokyo, organizers say there will be no fans from abroad and only a smattering of “selected” local fans.

Both the Winter and Summer Olympics run over 17 days, which means there are many fewer events daily at the Winter Olympics.

Sapporo, Japan, which held the 1972 Winter Olympics, is a top contender for 2030. The IOC has not said when it will announce its choice.