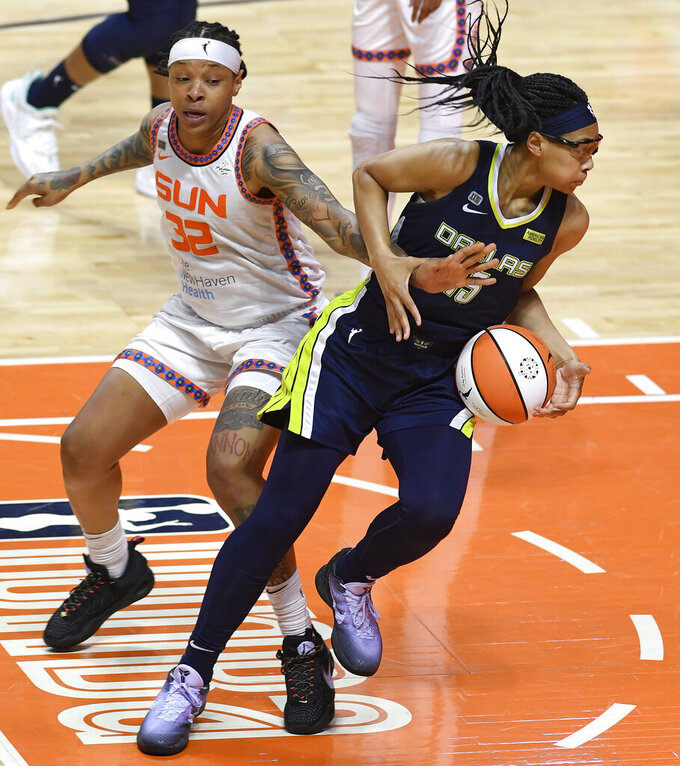 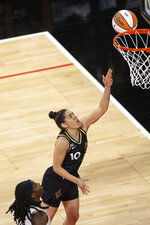 They didn't know it would be as part of the inaugural 3x3 competition at the Tokyo Games.

The four WNBA players, who were all part of the 5-on-5 national team pool, were chosen to represent the United States at the Olympics next month.

“We’re going to introduce people around the world to a new sport,” Plum said.

Dolson had been part of the 5-on-5 pool for many years, but knew it would always be difficult for her to make that roster.

“The 3x3 team is cooler, it’s a new sport in the Olympics,” Dolson said. “To get that honor is better. We have the smaller team of four people, we can highlight what we’re good at.”

Plum plays for the Las Vegas Aces, Dolson for the Chicago Sky, Gray for the Dallas Wings and Samuelson for the Seattle Storm.

“These four players not only are outstanding athletes, but they will be excellent representatives for our country in this new Olympic discipline,” USA Basketball CEO Jim Tooley said. “All four have significant USA Basketball experience and most recently won the FIBA 3x3 Olympic Qualifier, which earned this 3x3 berth to Tokyo.”

The team qualified for the Olympics by winning a tournament in Austria. The men's 3x3 team didn't qualify for Tokyo.

“Very happy it's the same team that was able to go to the qualification tournament in Austria,” Dolson said. “The four of us have worked hard to get where we are in 3x3. We’ve put a lot of time and work into it. For them to reward us to put us on the team means a lot to us. It shows the hard work paid off.”

There will be seven teams joining the U.S. in Tokyo — China, Mongolia, Romania, Russia, France, Japan and Italy.

The 3x3 game is played on a half court with a 12-second shot clock and the winner is the first team to score 21 points or to be leading at the end of a 10-minute period. Baskets inside the arc are worth one point and shots outside it are worth two.

“The biggest difference is the pace of the game and the cardio,” Gray said.

The team will train in Las Vegas before traveling to Tokyo. The Americans' first game is against France on July 24. The U.S. plays Mongolia later that day. Because the games are shorter than conventional basketball, 3x3 teams routinely play multiple games per day.