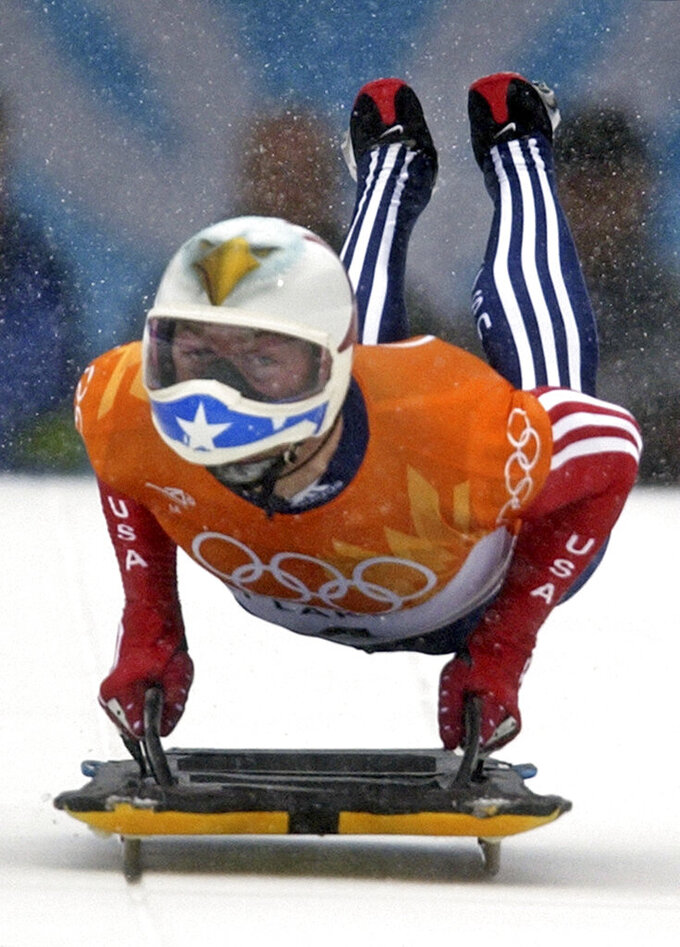 FILE - In this Feb. 20, 2002, file photo, Jimmy Shea of the United States pushes off during the men's skeleton final at the 2002 Salt Lake City Winter Olympics on his way to winning a gold medal in Park City, Utah. Shea has been charged with sexual abuse of a child in Utah. He made his first court appearance Monday, March 29, 2021, on one count of aggravated sexual abuse of a child and two counts of sexual battery. The alleged abuse occurred in 2020, court documents show. (AP Photo/Elise Amendola, File)

SALT LAKE CITY (AP) — A gold medalist in sledding at the 2002 Winter Olympics has been charged with sexual abuse of a child in Utah, authorities said.

James “Jimmy” Shea made his first court appearance Monday on one count of aggravated sexual abuse of a child and two counts of sexual battery. The incidents occurred in 2020, court documents show.

Shea's attorney, Rudy Bautista, said Tuesday that the charges are a result of a family dispute and a misunderstanding about what his client contends was loving and affectionate touching.

Shea, 52, plans to plead not guilty to the charges that he thinks should be dropped, Bautista said.

The Associated Press isn’t identifying the relationship of the alleged victim to Shea to protect the child’s identity. In general, the AP does not identify people who say they are victims of sexual abuse.

Shea won gold in the skeleton competition at the 2002 Salt Lake Games and is a third-generation Olympian.

Skeleton involves athletes racing headfirst down the ice at about 80 mph on a sled that looks like a large lunch tray.