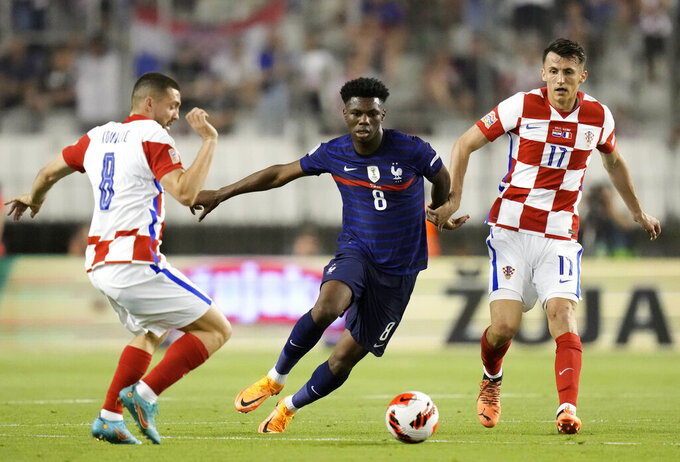 MADRID (AP) — Real Madrid is signing another young, highly rated French midfielder after reaching agreement with Monaco for the transfer of Aurélien Tchouaméni on Saturday.

The 22-year-old Tchouaméni will join for six seasons, Madrid said, and will be presented on Tuesday once he passes his medical examination.

Madrid did not disclose the fee for the France international, who has played with Monaco since January 2020 after joining from Bordeaux. Sections of the Spanish media reported the fee to be 100 million euros ($105 million) including variables.

Madrid already has an even younger France midfielder in its squad in 19-year-old Eduardo Camavinga, who joined from Rennes last offseason, and played a key role — mostly off the bench — in the team's run to winning the Champions League title last month.

Striker Karim Benzema is another France star in the Madrid team.