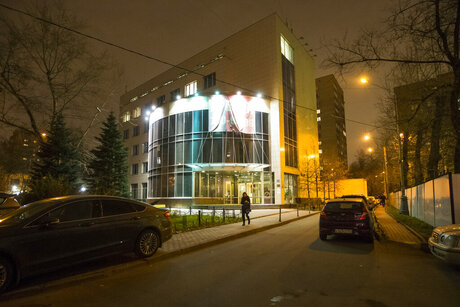 MOSCOW (AP) — IAAF President Sebastian Coe has met with the new head of the Russian athletics federation, which was banned from world track and field in November over doping.

The Russian federation said Sunday that Coe and Dmitry Shlyakhtin met on Friday in Monaco and discussed "Russian athletics and the way to lead it out of the crisis."

"I was pleased to meet with the new president of Russian athletics," Coe said in comments provided by the International Association of Athletics Federations. "We held a wide ranging conversation including, of course, the current position that Russia finds itself in."

An IAAF taskforce monitoring Russia's compliance with reform demands is due to visit Russia on Monday and Tuesday. Coe said he "thanked (Shlyakhtin) for his cooperation" with the taskforce.

According to the Russian federation, Shlyakhtin briefed Coe on Friday about reforms in Russian track and field, saying they are "an issue that can't be solved in one day and which requires systematic and painstaking work." Shlyakhtin, a former coach and regional politician, was elected last month.

Russia's head coach Yuri Borzakovsky said he was "sure" the ban would be lifted in time for the Olympics in August. Russian athletes "are in a cage now, and when they get out they'll rip everyone apart," he added.

Russia was suspended from competition, including the Olympics, after a World Anti-Doping Agency commission accused it of operating a systematic and state-sponsored program of drug use by star athletes.

In order to be readmitted, the IAAF has demanded that Russia investigate whether there were more doping cases not covered in the WADA report, improve anti-doping education for athletes and submit to extra testing for its national team ahead of the Olympics.

The Russian government has persistently denied any involvement in doping, saying that any drug use was isolated, and accused the WADA commission of tarnishing Russia's reputation. On Friday, Sports Minister Vitaly Mutko told the Tass news agency that Russian prosecutors had ruled that any doping was not state-sponsored.

Sunday's announcement from the Russian federation came as it held what would normally be a highlight of the domestic track calendar, the Russian Winter meet, which usually brings in star names from around the world. However, this year only Russian athletes competed, since the ban from world track and field also stops foreigners from competing at Russian events.

Organizers tried to use Russia's ban to attract patriotic fans. In his opening speech, Moscow city government representative Alexei Vorobyov boasted that since Russian athletes are not allowed to compete abroad, the crowd would see "something that's not available to anyone else."

However, despite the presence of cheerleaders and a marching band on the track - an innovation that brought scorn from some athletes who said the performances had interrupted their warmups - the attendance appeared down on the previous year. Lacking international star power, the start lists saw established Russian names rub shoulders with little-known youngsters from the country's regions.

Among those competing was Ekaterina Koneva, the reigning world indoor triple jump champion, who will be unable to defend her title in Portland in March due to Russia's exclusion.

"I hope that everything turns out in our favor and that justice will triumph," said Koneva, who herself served a doping ban in 2007. "How can you have the Olympics without Russia?"