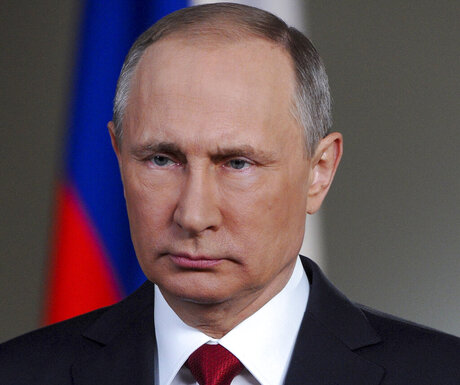 Putin's statement on Friday came as IOC President Thomas Bach said he will ask Moscow for help to stop the hackers, which the World Anti-Doping Agency said were linked to Russia.

Soon after Putin's comments, the hackers' group known as Fancy Bears published files of medical data from 11 more athletes who competed at the Rio de Janeiro Olympics last month. That brought the total to 40 athletes in three rounds of data posted online this week.

The athletes, from five different countries, had permission from sports or anti-doping bodies to use medications that would otherwise be banned for use in competition.

WADA has said it believes the hacking is retaliation for investigations into a Russian state-backed doping program including at the 2014 Sochi Olympics and Winter Paralympics.

An investigation report published in July provoked calls for a blanket Olympic ban on Russia, and led to a review of Russian athletes' eligibility to compete in Rio.

While Putin did not take responsibility for the hacking and leaks, he also suggested they served a purpose.

"We don't support what the hackers have been doing, but what they have done can't fail to attract public attention internationally," Putin said

He added the files "raised many questions: Healthy athletes legally take medicines forbidden to others, while people suffering from grave illnesses are barred from the Paralympics on a mere suspicion."

Bach said the IOC will help WADA, "including communicating with the Russian authorities, to underline the seriousness of the issue and request all possible assistance to stop the hackers."

Bach has been seen as an ally of Russia since being elected in 2013, and opposed an outright ban on its athletes from Rio.

Russian teams were all banned from the Paralympic Games currently being staged in Rio, and Putin's nation was criticized by Bach's counterpart, Philip Craven of Britain, for a "medals over morality" attitude.