Home » Russia » No immediate return for Russia to athletics events 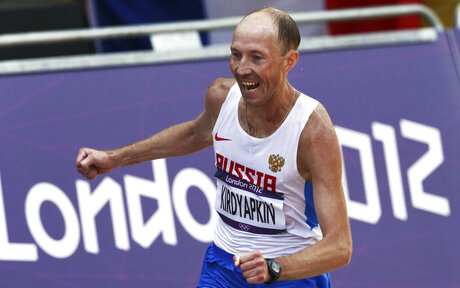 By: JOHN LEICESTER (AP)
MONACOCopyright 2020 The Associated Press. All rights reserved. This material may not be published, broadcast, rewritten or redistributed.
43.73147.41903

MONACO (AP) — Russia will stay stuck in track and field's doghouse, its athletes banned from competing under their own flag, until February at the earliest.

In his latest update on Russian anti-doping efforts, Rune Andersen said on Thursday there has been progress but that his taskforce which is monitoring the situation for the IAAF is not yet ready to give Russia a clean bill of health.

The taskforce wants to return to Moscow in January, and also is waiting for a report next week that is expected to detail how Russian authorities subverted drug testing at the 2014 Sochi Olympics, the Norwegian anti-doping expert said.

RUSAF, the Russian Athletics Federation, has been suspended by the IAAF since November 2015, after a damning World Anti-Doping Agency-commissioned report detailed the deep-rooted culture of doping and deception in Russian sports. To lift the ban, Russia must satisfy a list of IAAF requirements.

Andersen said he told an IAAF council meeting in Monaco this week that "RUSAF has made further progress toward satisfying the reinstatement conditions."

But he added he would be reporting back to the IAAF at its next council meeting in February — effectively delaying until then, at the earliest, a recommendation on whether Russia has done enough for the IAAF to consider allowing Russian athletes to compete again.

After a tumultuous year dominated by the Russian doping crisis and revelations of suspected corruption and doping cover-ups under his predecessor Lamine Diack, IAAF President Sebastian Coe wants to turn a corner this weekend with the hoped-for adoption of broad changes to the way the athletics body handles doping cases and governs itself.

He proposes giving athletes and women a greater say in IAAF affairs, and says the punishment of doping cases should be speeded up by his plan to hand them over to a new integrity unit that will be largely independent of the governing body.

"I do not want this sport to ever return to the grotesque stories that, even over the last few days, we have been waking up to," Coe said.

A special IAAF Congress will vote on Saturday on the reforms that Coe has championed.

"This is a moment to be bold," he said. "Clean athletes have to know that we are in their corner."

One new IAAF initiative, the opening this week of an online page for people to anonymously blow the whistle on doping, made an immediate impact, according to Coe. He said it received 14 leads in the first 12 hours, and 43 leads in the first two days.

A remaining obstacle to Russia's reinstatement is convincing Andersen's taskforce that anti-doping officers will be allowed to do their work there. Andersen said they want drug testing that is "not being tainted" and is "independent, autonomous and without interference from anybody inside Russia."

The taskforce hopes by February "to be able to identify a clear roadmap and timetable for RUSAF's reinstatement," Andersen said.

Coe maintained that Russian attitudes are changing toward the country's long-standing doping problem. He said such progress "would almost certainly not have occurred" had the IAAF not banned Russia, which pressured its leaders to act.

The only Russian who competed in athletics at the Rio Olympics was long jumper Darya Klishina. She was accepted under IAAF rules because she was based in the U.S. for several years, away from the Russian drug-testing system and its officials and lab staff accused of covering up hundreds of failed tests.

"There is a shift of view," Coe said. "This would not have taken place had we not taken the tough decision we did last year."