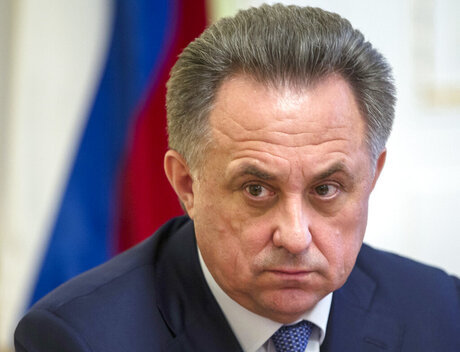 MOSCOW (AP) — Russia will accept an International Olympic Committee plan to retest all drug test samples given by its athletes at the 2012 and 2014 Olympics, Russian Deputy Prime Minister Vitaly Mutko said Saturday.

"The IOC has now decided to retest all the samples; let them retest," Mutko, who was sports minister at the time of the 2012 and 2014 Olympics, told Russian state agency R-Sport. He added that Russia will keep a careful eye on the process.

The IOC's declaration Friday followed the publication of a report by World Anti-Doping Agency investigator Richard McLaren. This alleged that more than 1,000 Russian athletes, including medal winners at the London and Sochi games, had benefited from a state-backed campaign of doping and drug test cover-ups.

Mutko, whose brief as deputy prime minister covers sports policy, also suggested that he does not expect Russia to be barred from the 2018 Winter Olympics in Pyeongchang. He said the IOC set a precedent when it decided against a blanket ban for Russia from this summer's Olympics in Rio de Janeiro.

"I think that the IOC has chosen its direction, that there should be no collective responsibility in this situation," he said. If a specific athlete is found to have committed an offense, "then let's punish him" rather than excluding the whole Russian team, Mutko said.

Mutko repeated the Russian government's claim that it has never given state support to doping and that there was no widespread doping of the Russian team at the Sochi Olympics.

Mutko did not address allegations in McLaren's report that he directed so-called washout testing — unofficial internal tests before major competitions to ensure banned substances would not be detectable when doped athletes later gave samples at the event.