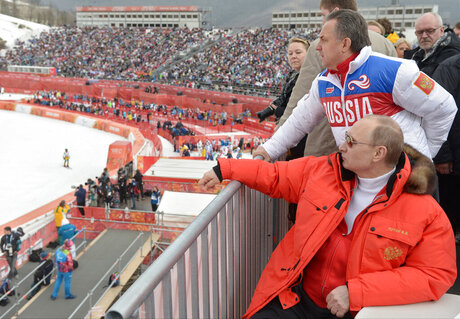 By: ROB HARRIS (AP)
LONDONCopyright 2020 The Associated Press. All rights reserved. This material may not be published, broadcast, rewritten or redistributed.
51.5085-0.12574

LONDON (AP) — Russia faces being kicked out of the Paralympics in Rio de Janeiro in the latest disciplinary action by a sports body infuriated at growing evidence about the country's state-sponsored doping program.

The International Paralympic Committee's decision Friday to start suspension proceedings against Russia came two days before IOC leaders decide whether to exclude the country's entire team from the Olympics next month in Brazil.

The IPC's strong condemnation of Russia's years of doping deception, including the 2014 Paralympics in Sochi, pulls back on the support it gave the country last month. It follows the publication of a World Anti-Doping Agency investigation by Canadian lawyer Richard McLaren into Russia's state-backed doping which found samples from Paralympic athletes were made to disappear or were swapped.

"The report revealed an unimaginable scale of institutionalized doping in Russian sport that was orchestrated at the highest level," IPC President Philip Craven said. "McLaren's findings are of serious concern for everyone committed to clean and honest sport."

The IPC decried a "prevailing doping culture endemic within Russian sport at the very highest levels" and said the country's Paralympic body "appears unable or unwilling to ensure compliance with and the enforcement" of anti-doping measures. The IPC is sending 19 samples from the Sochi Paralympic Winter Games for immediate further analysis after McLaren's investigators said they could have been doctored by Russian authorities.

Russia finished second in the medal standings at the 2012 London Paralympics and has 267 athlete slots for Rio in 18 sports.

A decision is expected in the week commencing Aug. 1 whether to ban Russia from the Sept. 7-18 Paralympics. Russia would have 21 days to appeal.

"We have started proceedings to consider the suspension of their membership of the IPC," Craven said. "This decision was not taken lightly but ... Russia appears unable to fulfil its IPC membership obligations in full."