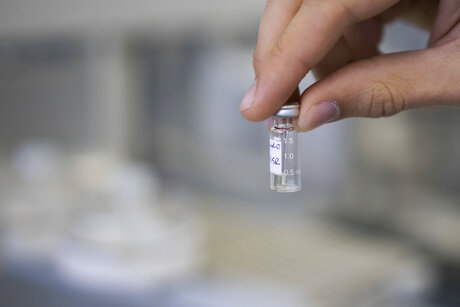 MONTREALCopyright 2020 The Associated Press. All rights reserved. This material may not be published, broadcast, rewritten or redistributed.
00

MONTREAL (AP) — The World Anti-Doping Agency has detailed serious failings of doping control management at the Rio de Janeiro Olympics, saying the system was only saved from collapsing by the "enormous resourcefulness and goodwill" of some key staff.

In a 55-page report from its independent observer team led by British lawyer Jonathan Taylor, WADA said the logistical issues which put a strain on the testing process were "foreseeable and entirely avoidable" during the games in August.

The report blamed a lack of coordination, budget cutbacks, tension between the local organizing committee and Brazil's anti-doping agency, and inadequate training for the problems that included days when only half of the out-of-competition samples could be collected in the athletes village.

"Ultimately, many athletes targeted for testing in the athletes village simply could not be found and the mission had to be aborted," the report said. "On some days, up to 50 per cent of planned target tests were aborted in this way."

The report, which was released by the Montreal-based agency on Thursday, said the sample collection process in the village was so strained that it came "close to breaking point."

"Ultimately, it was only due to the enormous resourcefulness and goodwill of some key doping control personnel working at the games that the process did not break down entirely," the report said. "Due to their initiative, tenacity and professionalism in the face of great difficulties, the many problems identified above were patched over and sample collection was conducted in a manner that ensured the identity and integrity of the samples."

In another key failure, the report said no out-of-competition testing was conducted in soccer and "little or no in-competition blood testing" in some high risk-sports, including weightlifting.

In a statement to The Associated Press, Rio organizers accepted some of the responsibility for the testing failures, but also blamed Brazil's government.

"We should have been more efficient in protecting the access to the doping control areas in some venue," Rio spokesman Mario Andrada said. "Most of the content of the report, however, has to do with hardware and operational issues of the lab, which are a responsibility of the federal government and the sports ministry."

Doping was heavily in the spotlight in the months leading up to the Rio Games, with allegations of state-sponsored doping in Russia leading to sanctions against some Russian athletes and the retesting of 840 samples from the 2008 and 2012 Olympics barring dozens of other athletes from competing in Brazil.

During the Rio Games, seven athletes in four sports — weightlifting, cycling, swimming and track and field — were sanctioned for doping offenses. The seven included one medalist — weightlifter Izzat Artykov of Kyrgyzstan, who was stripped of a bronze in the men's 69-kilogram division.

WADA said the role of its observer team is to help instill confidence in the quality, effectiveness and reliability of the anti-doping program for the Olympics, and to make recommendations for improvements.

Richard Budgett, the International Olympic Committee's medical director, said the report showed "the integrity of the program was ensured despite some challenges the organizing committee had to overcome. ... such as a lack of resources and trained volunteers and staff."

He said the report's recommendations would be studied by the IOC and passed on to a new independent testing body that is being set up ahead of the 2018 Winter Olympics in Pyeongchang, South Korea.

Many of the recommendations related to training and treatment of volunteers, proper attention to rosters and protocol, more lead-time for doping control officers in the venues and better logistics and equipment to locate athletes for out-of-competition testing.

Poor planning, transport issues and a lack of catering for chaperones resulted in a higher-than-expected rates of absences, adding to the burden on doping control officers and other delegates.

Some problems outlined by WADA's observers:

— There were almost 500 fewer tests conducted than organizers had planned during the games. The samples taken included 4,037 urine tests, 411 blood tests and 434 blood plus ABP or ABP blood tests for a total of 4,882, significantly short of the 5,380 targeted.

— Data entry errors led to nearly 100 samples analyzed by the anti-doping laboratory not being matched to an athlete. WADA said about 40 percent of those were because of the recording of an incorrect bottle code in the computer system, but noted that Rio organizers assisted the IOC in correcting the errors so the samples could be matched to athletes and their testing histories could be updated.

— The expected daily maximum of 350 urine samples was never reached during the games. The highest daily total was 307 on Aug. 11, but on the majority of days, fewer than 200 urine samples were received.

— Blood testing sections were underutilized, with some shifts at the laboratory having no blood samples to analyze at the beginning of the games.

"As a result ... full analytical capacity was not exploited, which is disappointing, given that the latest equipment and best experts in the world were available," the report said.