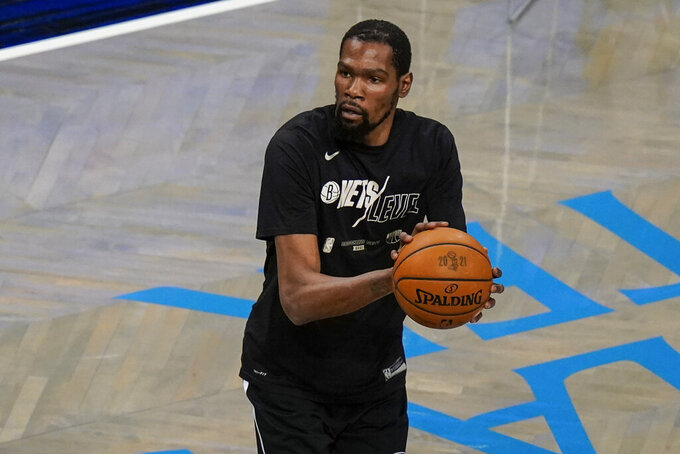 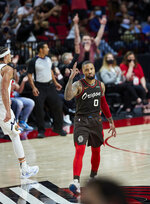 USA Basketball now has a full 12-man roster for the Tokyo Games, after Chicago's Zach LaVine and Detroit's Jerami Grant accepted invitations Wednesday to join the team that will try to win the program's fourth consecutive Olympic gold medal.

The challenge for the Americans will be keeping the group together. There has already been one change; Brooklyn's James Harden, who had briefly committed, has since told the national team that a hamstring injury that affected him during the NBA playoffs would not allow him to participate, the person familiar with the roster decisions told AP.

The team has a combined 37 All-Star selections, led by Durant's 11. The team will not be officially complete until USA Basketball sends its roster to FIBA, something that won't happen until next month.

Holiday, Middleton and Booker are still in the NBA playoffs. Game 7 of the NBA Finals may happen as late as July 22 — just three days before the Americans open Olympic play in Tokyo against fellow medal favorite France, the nation that knocked the U.S. out of medal contention at the Basketball World Cup in China two years ago.

USA Basketball managing director Jerry Colangelo has said that contingencies are being made in case any players miss camp and have to arrive in Tokyo after the rest of the Olympic team because of their NBA playoff schedules.

The Americans are also in the process of putting together a select team that will practice against the Olympic team during training camp in Las Vegas, which opens July 6. It is possible that, if necessary, players may be promoted from the select team to the Olympic team; such scenarios happened with the World Cup team in 2019 because of injuries and other roster openings.

LaVine's decision gives the American roster six of the top 10 NBA scorers from the U.S. this season. Lavine averaged 27.4 points for Chicago, making the All-Star team for the first time.

Stephen Curry, who led the NBA in scoring, is not planning to play for the U.S. this summer. But six of the next nine U.S. names on this year’s scoring list — Beal, Lillard, Durant, Tatum, Booker and now LaVine — are among those who have told USA Basketball that they’re in for Tokyo.

This would be the first Olympics for LaVine. He has some past USA Basketball experience, after being part of the select team that trained with and against the 2016 U.S. Olympic team during practices in Las Vegas as they prepared for the 2016 Rio de Janeiro Games.

Grant — who averaged 22.3 points for Detroit this season — was also part of that select team in Las Vegas five summers ago before the Olympics. He played for 2012 U.S. team that went 5-0 on its way to the gold medal at the FIBA Americas U-18 Championship in Brazil.