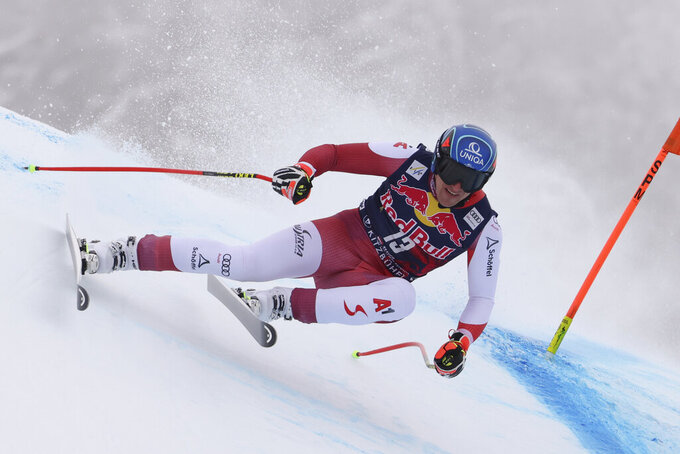 BEIJING (AP) — Austrian skier Matthias Mayer will be the first athlete to test the downhill course at the Beijing Olympics after drawing the No. 1 bib for Thursday’s official training session.

Mayer is aiming for his third gold medal in as many Olympics. He won the downhill in 2014 and the super-G in 2018. His father, Helmut, was a silver medalist in the first Olympic super-G in 1988.

No active racers have been on the course, which is named “Rock,” because test events were canceled over the last two years amid the pandemic.

Usually the host country provides the forerunners who test the course before the competitors start for safety and other issues but this time all five forerunners are foreigners: two from Austria and one each from Switzerland, Germany and Italy.

Two Chinese skiers are on the start list: Zhang Yangming and Xu Mingfu.

The forecast calls for sun, wind and below-freezing level conditions.

Two more training sessions will be held Friday and Saturday before the men’s downhill opens the Alpine competition on Sunday.