Kilde and only 2 others get 3rd run before Olympic downhill 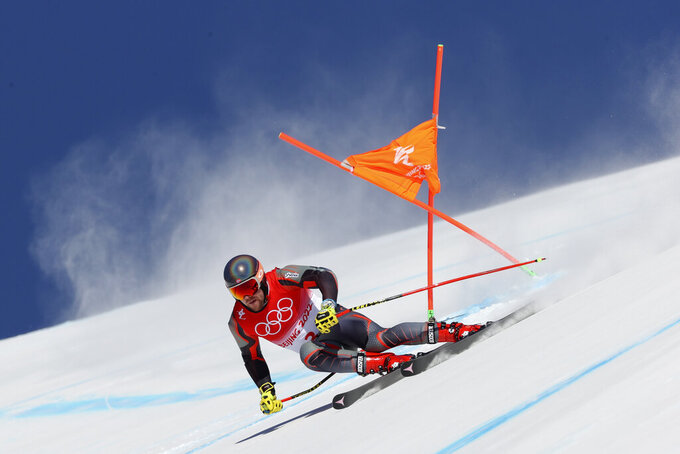 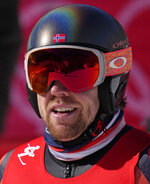 BEIJING (AP) — Race favorite Aleksander Aamodt Kilde was one of only three skiers to get a third run on the course before the final training session for the men's Olympic downhill was halted prematurely on Saturday.

The downhill race, which will open the Alpine skiing program at the Beijing Games, is scheduled for Sunday.

“I used more power but other than that it’s for sure nice to be through that course one more time,” said the Norwegian, who has been the leading speed skier this season. “And today was faster, 100%.

“Fun to ski but with the wind it’s kind of crazy because you gain so much speed, some places. And then you suddenly see speed on the jumps. I went 60 meters, I think. I was in balance, thank God for that. It’s good that they canceled and that they made a decision that we keep everybody safe for tomorrow.”

Kilde was fastest of the three skiers, beating Mayer by nearly three seconds and Innerhofer by more than 11.

However, Innerhofer stood up out of his tuck and cruised down the rest of the course after managing to successfully pass through a gate that he had missed on each of the two previous days.

“I was a little bit in trouble, because I missed the gate on the Super-G start two times in a row,” the Italian said. "It has never happened before in 15 years, so all my run today was focused on this gate.

“All the rest for me was not important to do, and that was the reason why after this gate I stop it to save energy.”

On a completely new course that none of the racers had been on before Thursday, the cancellation raises the question if it’s safe and fair enough to hold the race on Sunday. The three skiers who got a third run could be seen to have an unfair advantage.

The world’s best skiers only saw the Rock course up close for the first time this week because test events were canceled over the last two years amid the pandemic.

Friday’s second training session was also affected by high winds and had to be delayed by an hour. Kilde also posted the fastest time in that session.

Max Franz said many skiers appealed to organizers to let them perform at least part of the training run with their snow pants and jackets on, which would have made them slower and kept them safer.

The racers were allowed to slowly inspect the course after the cancellation.

“Personally, I always struggle with three training runs. So I got two inspections today and I’m putting it down tomorrow,” American racer Bryce Bennett said.

Franz was vying with Otmar Striedinger for the fourth and final starting position within the powerful Austrian team. The Austrian coaches later picked Franz, who was second in Friday’s second training, over Striedinger, who was 23rd.

Mayer, who won gold in the downhill at the 2014 Sochi Olympics and then another gold in the super-G four years later at the Pyeongchang Games, had already secured a starting position alongside two-time world champion Vincent Kriechmayr and Daniel Hemetsberger.

More wind on Sunday could make for an unpredictable race, although Kilde thinks one variable will win out.

“It’s an outside sport so we know about the weather and it’s always going to be an issue in Alpine skiing,” he said. “So we have many races like that, but it’s pretty obvious here that the wind is an issue and maybe we get some results that we’re not usually seeing.

“But if you are consistently fast and you’re in shape, then I think it will go well for you anyway. You have at least the biggest chance to win.”