Morrisey: Order to reduce abortions, be upheld in court 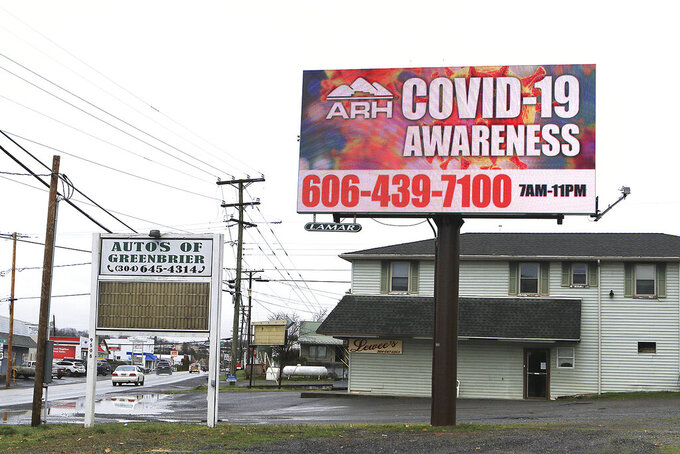 CHARLESTON, W.Va. (AP) — West Virginia's attorney general on Thursday said a ban on elective medical procedures during the coronavirus pandemic will reduce abortions but will be upheld in an eventual legal challenge.

The executive order, which went into effect this week, mirrors directives in other Republican-controlled states that been temporarily blocked by federal judges. West Virginia's order, which doesn't explicitly include abortion, says that it applies to all procedures that aren't “immediately medically necessary to preserve the patient's life or long-term health” to preserve medical supplies and protective equipment.

“We believe that this broad-based prohibition will be upheld because it's designed to protect the public health and applies to all elective procedures and all elective facilities," Attorney General Patrick Morrisey told The Associated Press in an interview.

Similar orders in Alabama, Texas and Ohio faced legal challenges soon after they were announced from pro-abortion groups who argued the directives violated existing rights to the procedure. Lawsuits were also filed in Iowa and Oklahoma, after governors in those states similarly ordered a stop to non-emergency procedures and specifically included abortion among them.

Morrisey said the state's order applies to abortion facilities despite a section that excludes “procedures that cannot be performed consistent with other law at a later date.” West Virginia bans abortions after 20 weeks.

“The number of abortions would likely be reduced because most are elective procedures,” said Morrisey, a Republican who has signed onto a multistate court filing supporting Texas's legal position.

West Virginia Gov. Jim Justice has previously declared a state of emergency, ordered all non-essential businesses to close and issued a stay-home order in response to the virus. On Wednesday, he pushed back the primary election from May 12 to June 9, citing fears about the coronavirus spreading at polling places, and extended a statewide schools closures until at least April 30. Legislative leaders from both parties have called for schools to be closed for the rest of the year.

Justice has also mandated that people entering the state from places hard-hit by the virus must quarantine for two weeks or face an obstruction charge, and said authorities will watch roads and conduct home checks to make sure people comply. The order triggered constitutional concerns over Fourth Amendment rights that prohibit unreasonable searches and seizures. Justice acknowledged that his directive might be unconstitutional but said it would continue nonetheless.

At least 217 people in the state have the virus after 5,493 tests, according to state health officials. The state has reported two virus fatalities, an 88-year-old Marion County woman and a Jackson County resident with several underlying health issues.

West Virginia was the last U.S. state to report a confirmed case, though Justice attributed that to a lack of testing. Testing remains limited, meaning most people now spreading the highly contagious virus may not know they have been infected, and state health officials have admitted their count lags behind the actual total as results pour in from counties around the state.

For most people, the new coronavirus causes mild or moderate symptoms, such as fever and cough that clear up in two to three weeks, and the overwhelming majority of people recover. But severe cases can need respirators to survive, and with infections spreading exponentially, hospitals across the country are either bracing for a coming wave of patients, or already struggling to keep up.