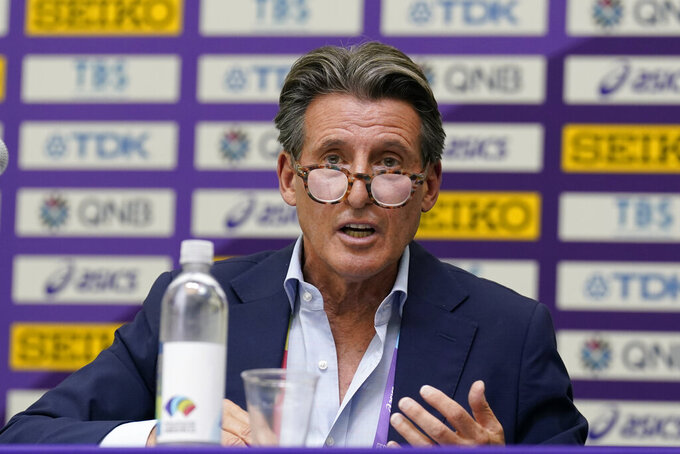 EUGENE, Ore. (AP) — Track and field officials awarded the 2025 world championships to Tokyo on Thursday, bringing runners, jumpers and throwers back to the home of last year's Olympics, where they competed in front of mostly empty stands.

The World Athletics Council awarded the championships in a bidding contest that also included Nairobi, Kenya; Silesia, Poland; and Singapore.

World Athletics President Sebastian Coe said it was a close vote, but Japan won on the strength of, among other things, “human resource” available in Tokyo to put on the event and strong commercial partnerships.

He did not rule out the possibility of track's marquee event someday making it to Kenya or another country in Africa — a continent that has never held the event.

Japan spent more than $1.4 billion to build the stadium for the Olympics, which were postponed by one year because of the COVID-19 pandemic, then held last summer under restrictions that prevented fans from attending.

The state-of-the-art track in Tokyo helped Sydney McLaughlin and Karsten Warholm each break world records in their 400-meter hurdle finals. Warholm ran in 45.94 seconds and McLaughlin finished in 51.46 but broke that record earlier this year (51.41) in Eugene.

This year's world championships, which begin Friday at Hayward Stadium in Eugene, were also pushed back one year because of the pandemic. Next year's games will be held in Budapest, Hungary.

Coe said the losing cities expressed interest in the next round of bidding, for the 2027 and 2029 championships.

World Athletics also awarded its cross country championships to Medulin, Croatia in 2024 and Tallahassee, Florida in 2026.